Financial Inclusion of the Disabled

In India, individuals with any disability are generally considered invisible and therefore policymaking ignores such differently-abled persons. But that attitude is changing, writes Charan Singh 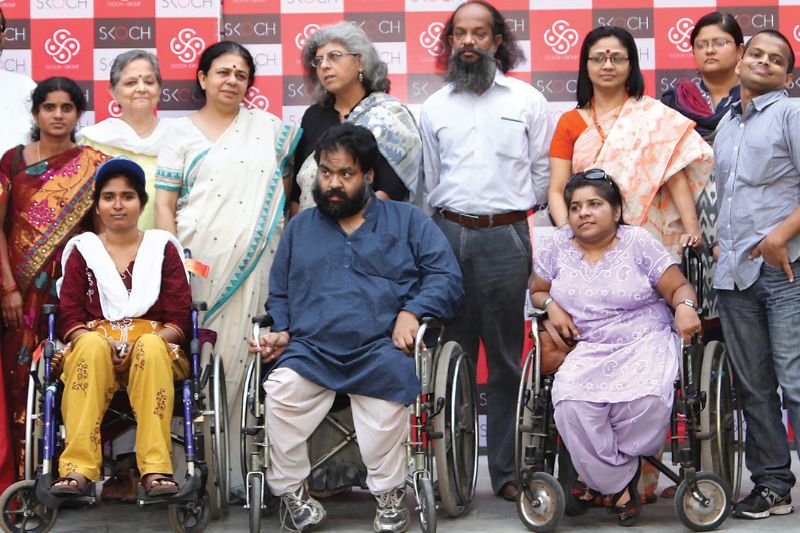 The Pradhan Mantri Jan Dhan Yojana (PMJDY has successfully opened nearly 29 crore accounts in the last 30 months of which 17 crore are in rural areas and 12 crore are in urban areas. This is a grand success when compared with the fact that total accounts in the banking sector in March 2014, before the launch of PMJDY, were nearly 125 crore.

India, a signatory of the United Nations Convention on the Rights of Persons with Disabilities (UNCRPD) in effect from May 2008, has had an international obligation to comply to the convention which promotes, defends and reinforces human rights of the disabled. As we enter the 10th year of compliance to one of the most comprehensive human’s right treaty of the 21st century, India needs to take a step back and analyse its efforts.

So, why is it necessary that a country like ours should pursue financial inclusion? In view of my experience as a commercial banker, central banker and an international banker, I can confidently tell you that a bank account provides dignity to the holder. This fact has emerged repeatedly since 2006 in my different interactions in different cities, globally, with different segments of the society, which are financially excluded. It is not only the pride of having a bank account, which is important but much more important is the fact that a bank account implies availability of financial resources, some for livelihood purposes, at reasonable rates of interest. This implies that the bank account holder cannot be exploited by the greedy moneylender and discourage productive activity by high rate of interest.

Financial inclusion enables improved and sustainable economic and social development of the country. The objective of financial inclusion is to ensure easy availability of financial services which allows maximum investment in business opportunities, education and savings for retirement, insurance against risks, etc by individuals and firms located in rural areas. The household access to financial services includes access to contingency planning and credit. Access to contingency planning would help in consumption smoothing and future savings such as retirement savings and insurable contingencies and access to credit includes emergency loans, housing loans and consumption loans.

In order to overcome barriers, banking sector has been making various efforts, including technological innovations such as Automated Teller Machines (ATM), credit and debit cards, Internet banking, introducing electronic benefit transfer, using mobile technology etc. Although different initiatives of financial inclusion contributed in changing the landscape of banking in India, there were still important factors; such as poverty, low income levels and distance from bank branches that were restricting vulnerable groups from getting access to formal banking system. According to the Census 2011 estimate, only 58.7 per cent of total households in India and only 54.4 per cent households in rural areas had access to formal banking services. The data also revealed that only 24.4 million farmer households (27.3 percent), out of a total of 89.3 million households had access to credit from institutional sources. In other words, nearly 73 per cent of farm households did not have access to formal credit sources.

It is in this scenario, that initiatives taken by the government, especially PMJDY, has to be contextualised. The schemes that followed since then like the Micro Units Development & Refinance Agency (MUDRA) and Stand-Up India aimed to not only achieve financial inclusion but also ensure inclusive growth.

Dimensions of Disability and Economic Implications

The country has about 2.7 crore or 2.2 per cent of total population categorised as disabled, with a disability rate of 2,215 per lakh population. With respect to gender, the number of male PwDs are significantly more (56 per cent) compared to females (44 per cent). Census 2011 shows that of the total, nearly 69 per cent of PwDs stay in rural areas and only one-third of this disabled population are working, out of which 31 per cent are in agriculture.

Those with disability in movement accounted for the largest share of disabled population followed by visual and hearing disability.

While we discuss the issue of disability, it has to be noted that the repercussions of the lack of attention to accessibility for the 2.2 per cent of the population has to be extended to a wider segment of the population comprising of elderly. As per Census 2011, India has 8.0 per cent of its population in the 60+ age cohort, which translates into a population of nearly 11 crore. The following table shows the type of disabilities faced by the elderly in rural and urban areas due to old age, which effectively increases the base which is in need of financial inclusion. In rural areas alone, around 4.8 per cent of the elderly suffer from blindness, hearing or locomotor issues.

Disparity in figures between India and Rest of World

In sharp contrast to less than 2.2 per cent of PwDs in India, the world average is around 15.0 per cent. There are multiple reasons for this very conservative percentage figure about India.

It is evident upon perusal of the Persons with Disabilities Act, 1995 that Section 2(i) of the Act does not recognise the international classification for disability as stated by the World Health Organisation (WHO). In fact, the definition in the Act narrows the general definition of disability that are prescribed as international standards. This is one of the reasons why the prevalence of disability is found to be at 18.6 per cent in the United Kingdom and 19.3 per cent in the United States of America, whereas in India it was recorded at 2.2 per cent in the 2011 Census. The broader, more embracing definition of disability in these countries includes difficulty in speech, persons suffering from AIDs and eunuchs as well. Most importantly, internal conditions that affect organs within the body fall under the umbrella of disability, which is not the case in India.

Then, there is also the issue of methodology. In developed countries, the methodology involves activitylimitation based screening. USA uses the Washington Group short set of questions, recommended even by UN, which are simple six questions based on this principle of “activity limitations” to determine whether a citizen is disabled or not. Disability is hence treated as an umbrella term for problems and impairment that restricts someone’s activity or participation. Thus, the idea was to not get the “true population with disability” but to get data that enabled comparison of different levels of participation and to analyse employment, education, etc.

The banker’s association of different countries have adopted guidelines towards improving accessibility around the globe which are replicable. As banking gets online, there is a need to be accessible to the blind as well. For this, the international guidelines set up by W3C for web- accessibility is followed by countries like New Zealand, Australia and USA. This standard ensures multiple formats of information like audio, braille documents and larger font size and images with text description. ATMs by strict guidelines in New Zealand, Australia, USA, Canada and Sweden are optimised for the visually challenged and one with locomotor disabilities. Tactile keypads, optimised locations for the ATMs with ramp facilities, larger screens, audio output, low tables, specialised standards for privacy while operating them are some of the features that ensures accessibility.

It is interesting to note that many countries have significantly improved their Telephone-banking to reach out to people who not only have locomotor issues but also for the visually challenged by providing customised guidance to them over phone. Some illustrative examples are from Australia, Sweden and Japan. At the same time, for the benefit of people with hearing disability, phone banking has been replaced with text phone banking, with Swedbank in Sweden as an illustration. Training and sensitisation of officials with partnerships with institutions of disability is a hallmark of certain countries like Paraguay, which runs Fundacion Paraguay, a MFI with nondiscrimination policy.

The incidence of disability implies cost to the individual and the respective family. This can be both direct and indirect. Direct costs as per the UN is of two types, one which is incurred by the disabled and his family to maintain a reasonable standard of living towards healthcare, nutritional or special dietary requirements, personalised help and the other is the cost incurred by the government in providing benefits in cash and kind to the disabled. This focuses on health, rehabilitation, education, training, employment, insurance and subsidised services from transport to other assistive equipment. OECD countries claim that 1.2 per cent of their GDP is spent on such benefits for PwDs. Indirect costs refer to loss of productivity due to stress and social isolation to early exits of PwDs from work force along with loss of their taxes.

Reservation in government jobs for persons with disability in India was first made in 1977. Then, the reservation was extended through the enactment of Persons with Disabilities (Equal Opportunities, Protection of Rights and Full Participation) Act, 1995. The Government of India as well as select private companies have attempted to achieve the reservation requirements of 3 per cent of employment for PwDs. However, the Government and public sector institutions have achieved limited success. According to various studies conducted since 1998, it was found that on an average PwDs account for only 0.4 per cent to 0.6 per cent of the total workforce in the organised sector. According to ILO (2011), 73.6 per cent of PwDs in India are still outside the workforce.

The National Handicapped Finance and Development Corporation was set up on 24 January 1997 by Ministry of Social & Justice and Employment. The total number of beneficiaries, covering credit and non-credit based loans, since inception to end-March 2017, are only 1.5 lakh PwDs accounting for a disbursed amount of Rs 800 crore.

Accessible India Campaign (AIC) was launched on 3 December 2015, by Department of Empowerment of Persons with Disabilities. The objective of this campaign was to create universal accessibility for PwDs. The AIC has been divided into three verticals – a) Built Environment – making 50 per cent of all the government buildings of NCT and all the state capitals fully accessible by December 2018; b) Transport – aims to make 10 per cent of government owned public transport carriers to be made fully accessible by March 2018; and, c) Information and Communication Technology – to make at least 50 per cent of Central and State Government websites accessible by March 2017. This campaign also needs to be strengthened.

Mobility issues to hearing issues are dealt without any training by the banks in general and the latest digitisation too has not helped the elderly as they are mostly digital illiterates or can’t access such facilities with ease. Their dependence on others for financial needs heavily curtails their privacy, thus compromising their dignity.

RBI has been sensitive to differently-abled people and had issued guidelines to provide cheque book, ATM and locker facilities to the visually challenged. Similarly, RBI advised banks to provide existing ATMs as well as future ATMs with ramps at the entrance in such a way that height would not be an impediment to PwDs. It was also mandated that at least one third of all new ATMs should be talking ATMs with Braille keypads. The ground reality is not that encouraging, unfortunately. Therefore, the commercial banks need to consider more sensitively the needs of PwDs. 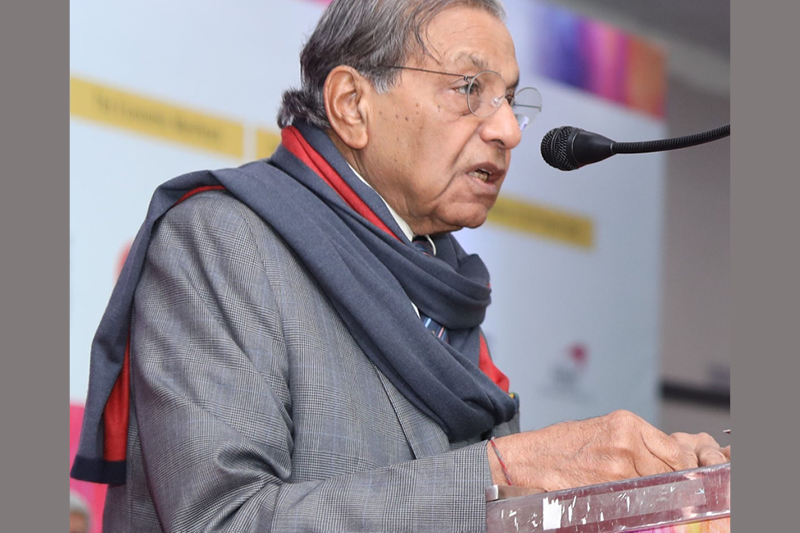