The ICOR measures the capital required to produce one unit of output. The higher the ICOR, the less efficient the economy is in the use of capital. Lower the ICOR, higher is the productivity of capital.

The investment rate is the share of the gross fixed capital formation (measure for fresh investments in the form of plant and machinery, dwellings and other buildings) in the GDP.

In the last five years, India’s investment rate has declined and the ICOR has risen. In such a scenario, GDP growth rate was bound to slow down.

Data from the Central Statistics Office (CSO) and the Reserve Bank of India (RBI) shows that the main reason for the decline in investments is a slowdown in private corporate sector investments and household investments. RBI data shows capital expenditure by the private sector declined for the sixth straight year in 2016-2017.

Private corporate investments have slowed down because of capacity overhang, and because companies are deleveraging and restructuring their balance sheets and are applying themselves to improving their capital structure. Debt/equity and interest coverage ratios are improving even as investments remain dormant.

If India has to attain a size of $10 trillion in a short period of time, the potential growth will have to be raised to above 8.5 per cent.

The key policy challenge then is: How can the GDP growth rate be pushed when the investments rate is not responding to policy measures, including monetary and fiscal loosening?

Growth has not yet responded to cumulative repo rate cuts of 110 basis points in 2019 till August. The scope for increasing centre’s capital expenditure was estimated at merely 1.6 per cent of GDP in the 2019-20 budget. This gets only a small boost from the largesse of Rs 1.7 lakh crore received from the RBI in form of surplus and dividends because much of the transfer was factored in already in the budget’s estimates.

The government must lay out the goal of improving the ICOR to 4 and then to 3.

The Economics of ICOR

This explains why ICOR is weak but also how it can be improved. The following policy corrections are recommended: 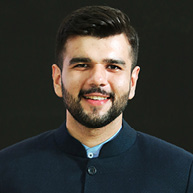 How to End the Economic Slowdown?

Time to Save the Economy