Now a days maintenance of a city in a clean and eco-friendly manner is a herculean task for any Urban Local Body (ULB). But, surprisingly there is one ULB where you can’t find a single plastic carry bag or heaps of garbage across the township. This is Tadipatri, situated in Anantapuramu District of Andhra Pradesh. It is interesting to understand how it went about securing this feat, the challenges it faced and best practices adopted to manage its waste.

Tadipatri Municipality faced challenges of improper waste collection, dumps on the road margins, insufficient manpower, lack of technical knowledge, poor financial support, behavioural change etc. To overcome these, it involved all the stakeholders including NGOs, Self Help Groups (SHGs) and citizens. Many innovative and reformist measures were undertaken, which included, dividing the town into Zones followed by an extensive survey, preparation of micro-plan and implementation of programme in targeted areas.

It adopted best practices to maintain the ecological balance and create a liveable atmosphere in town by involving the community keeping in mind that the natural resources like soil and water are not to be polluted.

Approximately 40 MTs of garbage is generated and transported to compost yards every day. Over 25 MTs of wet waste is converted into organic waste by secondary source segregation using mechanised methods. The solid waste is processed in the method of Box Composting, Windrow Composting and Vermi Composting. Similarly, waste water is also being treated and supplied to the industries like GERDAU Steels and Ultratech Cement.

Out of both liquid and solid waste management, nearly R1 crore income is expected from the sale of recycled water and manure.

It is said, “Rome was not built in a day, but Tadipatri became a national role model in one decade.” 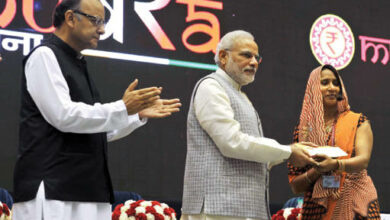