India primarily has been a cash economy and less than 5 per cent consumption expenditure besides house rentals etc is through electronic instruments. Since we are 95 per cent cash, we use 4-times as much as cash as other market, be it Brazil, Mexico or South Africa. From the cards perspective, the government has done an incredible job of making sure that either the debit or a credit card is linked to a citizen in one way or the other. There are more than 700 million debit cards in circulation. The difference is that only 50 million of these are used for purchasing goods and 400-500 million are used for drawing cash.

The result: more than $500 billion is taken out as cash from ATMs each year. This is in spite of the fact, that India has only 200,000 ATMS and nearly 15 lakh acceptance locations. Interestingly, same card, same pin can be used at both the places!!!

On debit cards the Merchant Discount Rate (MDR) is actually between 0.75 and 1 per cent; in some categories it is zero and in some categories it is 0.25 per cent. The Reserve Bank of India (RBI) has brought down the MDRs substantially over the last few years. As debt was being distributed, RBI was setting in the right regulations to bring down the MDR in order to drive digital transactions.

While the digital infrastructure is in place to a great extent and innovations like UPI have taken place, the gap today is the last-mile connectivity and person to merchant payments.

Out of nearly 5.8 crore merchant locations, we have barely covered 5 per cent. There is enormous opportunity to use digital infrastructure, which has already been laid out, including e-KYC and expanding the terminal network. By March 2017, the plan is to add another million of these.

The challenge essentially will be to enhance acceptance of the acceptance devices. For the first time in the world, we have actually developed something for smart phone acceptance, which can be used across MasterCard, Visa or RuPay. This was launched a few weeks ago in Mumbai and it is heartening to see autorickshaw drivers, tea vendors already using it.

Another piece is safety and security, which cannot be taken for granted. We apparently have a secure system in terms of a two-factor authentication for most of the transactions. But the reality is that as time goes on, hackers keep on honing their skill set too. As we move into a world of connected devices with multiple things with the Internet of Things (IoT), we are going to see more and more risks on safety and security.

From a corporate perspective, there are no straight answers. At MasterCard, we spend nearly a billion dollars annually on just safety and security and in our 50 years in existence security has never been breached. We have been in India for nearly 40 years—had zero instance of security breach.

So, scale, safety and security, all are there but still there are no straight answers. We have to continue to innovate and invest in state-of-the-art security. We are now testing biometrics, pulse, selfie and Iris to be added as enhanced security factors.

The last piece is interoperability, because if you have to drive the kind of behavioural change moving towards a digital economy and save thousands of crores of rupees, huge investments will be required for the future growth of the economy. This can be done in a Public Private Partnership (PPP) mode, which over a period time will drive innovation and leverage private sector strengths for expanding the marketplace.

Other markets have done it. Last year, Sweden had less than two per cent of the payments in cash. We need to work together to ensure that India is the first market to achieve 100 per cent cashless transactions. 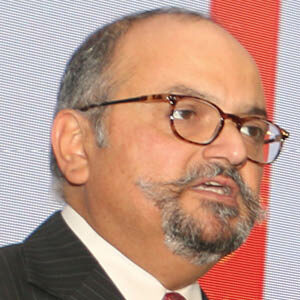 As Division President, South Asia for Mastercard, Porush Singh is responsible for driving core business growth and capitalizing on the nascent but fast-growing emerging payments opportunities in South Asia. He will continue to deliver innovative solutions in the payments industry to achieve Mastercard’s vision of a world beyond cash. Prior to this new role, Porush was Senior Vice President and Group Head, Core Products, Global Products & Solutions for Mastercard Asia Pacific. In this capacity, he led the development and management of consumer and commercial products for Asia Pacific, including debit, credit, commercial, prepaid, and loyalty solutions.