The socio-economic development in India has been severely hampered because of the significant divide between the urban and the rural economy and a wide gap between the rich and the poor. While 30 per cent of the urban population has a wide range of remunerative employment opportunities, over 80 per cent of the rural population have to be dependent on a highly uncertain agricultural sector. However, over 72 per cent landholders are small and marginal farmers, owning less than 2 hectare deprived of irrigation facilities. These farmers with fragmented and scattered lands, without any access to backward and forward linkages, are unable to earn their livelihood from agriculture. As a result, 30-40 per cent rural families, particularly belonging to the category of small holders and landless are living in poverty. Most of the poor are unable to invest in healthcare, sanitation, safe drinking water, resulting in lack of further initiatives and capabilities to ensure food security and thereby end up in the vicious cycle of chronic poverty.

The challenge of development in the country is to deal with poor farmers, illiterate women and other families belonging to weaker sections of the society who lack confidence and have no access to resources, technologies and information. What they require is trustworthy agencies, which can facilitate establishing strong backward and forward linkages to earn their livelihood. They require regular mentoring to boost their confidence and bring pressure to focus on the development agenda. They need honourable agencies on whom they can depend for taking appropriate decisions and empower themselves to fight against the odds.

The CSOs have an approach of understanding the challenges at the family/community level and searching for appropriate solutions. The problems of the poor related to socio-economic development are multi-disciplinary and interrelated. For instance, low agricultural productivity could be due to high incidence of illness in the family and in such cases, only by providing good agricultural technologies, the crop production is not likely to increase, as the sick farmers will not be able to work in the field. Hence, the programme should also cover community health initiatives. If high incidence of rural illnesses are due to poor quality drinking water, the programme should also include the development of safe drinking water facilities, along with easy access to medical facilities. This is the bottom-to-top approach wherein most appropriate solutions can be sought within the shortest possible time and least resources. In this process, they evolve various innovative models for development. This is the key to success of the programme taken up by credible CSOs.

For instance, BAIF was the leader in taking frozen semen technology for breeding cows and buffaloes at the doorsteps of small farmers. In fact, BAIF was instrumental in developing a small size (3 litre capacity) liquid nitrogen container for mounting on a light motorcycle to reach the farmers living in remote areas at an affordable cost. This technology was adopted across the country by the government agencies, after observing the successful model launched by BAIF. Realising the efficiency and benefit, farmers have now come forward to avail the services on payment, without depending on the financial support from the government.

The programmes implemented by the government, generally have a top-to-bottom approach, as the project guidelines are approved at the state or the regional level with very little flexibility to modify to suit the local conditions, at the grassroots level.

Another programme promoted by BAIF, was tree-based farming for rehabilitation of tribals, who were migrating to prosperous peri-urban and urban areas for 6-8 months in a year in search of wages to ensure their food security. In this process, they were neglecting the health and education of their children. The programme was designed to develop their degraded lands into fruit orchards, while facilitating use of the interspace to grow seasonal food crops. This programme motivated the participant families to stay in their village and earn substantial income from food and fruit crops. With stability, most of the families also maintained different species of livestock for supplementary income. Safe drinking water reduced the incidences of illnesses and Community health guides, local herbal healers and Public Health centres attended to preventive and curative healthcare. Children started going to school and many of them secured degrees as well. Such a land-based tribal rehabilitation programme, which ensured sustainable livelihood while enriching the eco-system and the biodiversity, was demonstrated by BAIF for the first time in the country. However, it took over two decades for the government to understand the socio-economic impact of the programme and its suitability for wider replication. Subsequently, this ‘Wadi’ programme was promoted by NABARD and Ministry of Tribal Affairs across the country.

There are many such models evolved by BAIF and other CSOs, which have been very efficient and well accepted by the weaker sections of the society. These models have helped the rural community earn their benefits. Apart from close working with the participant families and good technologies, these models have also been successful in creating grassroots level organisations owned and managed by the participant families for efficient backward and forward integration. Value chain development is an integral part of any agricultural development programme, which is often left out by many project implementing agencies. Many CSOs have addressed this issue by mobilising the community for self-governance.

The programmes implemented by the government, generally have a top-to-bottom approach, as the project guidelines are approved at the state or the regional level with very little flexibility to modify to suit the local conditions, at the grassroots level. They also lack infrastructure for sustaining the programme beyond the project period. Such programmes are often wasteful, as many families are compelled to adopt the recommended guidelines, irrespective of suitability and preference. In the absence of a sustainability plan, many successful activities remain dormant even after successful completion of the project.

As the CSOs work under close monitoring of the donors, they are accountable for their performance. The donors rigidly stipulate the guidelines for utilising the funds with specific parameters to assess the utility of the funds for achieving the goals. While CSOs themselves have their internal evaluation system to monitor the progress and impact, donor agencies also depute their monitoring team or appoint independent experts to assess the progress and modify suitably. The CSOs, who are not transparent or capable, are blacklisted from future funding, if the donor agency is serious about the utilisation of their funds.

The CSOs have an important role in the country to evolve and demonstrate successful models of sustainable development. This model can be easily adopted by the government for launching future schemes.

On the contrary, there is no system for timely monitoring of the performance in the field for projects implemented by the Government agencies. The only check is the post project audit to ensure that the funds were utilised as per the budgetary provision, without even linking with the physical outputs and socio-economic impacts. Even in case of failure, there is a tendency to hush up and close the matter and all the officers, including the seniors are held responsible and have to face the consequences. Hence, it is difficult to improve the efficiency of the programmes directly implemented by the Government, unless a drastic change is brought in the working system.

Accountability and Transparency of CSOs

Competency, accountability and transparency are the basic needs of any organisation working in development activities seeking funding from donors. The agency can mobilise resources, only when they have well-qualified and experienced human resources, capable of implementing the programme. The donors will provide funding, only when they are convinced of their ability to manage the programme. It is difficult for the government or donor agency to screen competent CSOs, based on their quality of human resources and track record. They have the mechanism to assess the on-going programme on a quarterly or six monthly basis, where the quality of the work can be easily assessed. The government has been laying several stipulations and mechanisms for releasing the payments, if the progress is not satisfactory and accounts are not properly maintained. They are even empowered not only to withdraw financial support, but also to recover the money released earlier, if the performance of the CSO, who had received support, is not satisfactory.

Despite such rigid control mechanisms, there are a large number of civil society organisations, which are spurious and lack transparency. This can happen only when the donors are lenient towards these CSOs due to certain vested interests. If the government desires, they can easily order closure of these spurious organisations, but this normally does not happen because most of these organisations have joined hands with the lawmakers or officials and thus, they continue to exploit public funds. 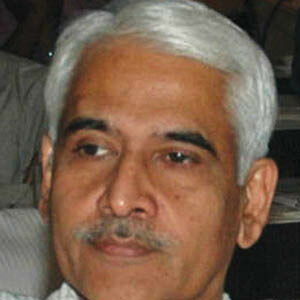 Socio-Economic Development and NGOs in India