The true challenge for India is to really to grow at 9-10 per cent per annum year after year for two decades of more to lift a vast section of population out of poverty. India has grown at those rates but grown relatively for a short period. Therefore, to have a sustained high growth for three decades, is a challenge. And these challenges will happen at a point when 700 million people in the 3-4 decades will move from rural to urban areas. The dominant feature of our growth will be new urbanisation. And this will happen at a point time when India will be passing through a window of demographic transition, which rarely happens in history. India’s population, which is 70 per cent below the age of 32 years, will keep getting younger and younger till 2040. The aging population in the West and India’s population getting younger is one of the most politically, economically and socially salient feature of our present time. And this leads to demographic transition and actually leads to a social transformation.

In the last decade, everything that had to be manufactured in India and exported, were being imported from various parts of the world. That’s why our import bill has grown substantially. Therefore, the new initiatives of the government whether it is Make in India or Digital India or Skill India, should all converge so that India can grow at 9-10 per cent per annum and create jobs. The Make in India looks at 25 sectors—it looks at core competencies of India across the sector and how India can penetrate global markets.

But Make in India cannot happen without Digital India because India has been a reluctant manufacturer and a reluctant urbaniser. If India needs to achieve a quantum jump, the broadband, the spectrum behind it, the country needs to use technology to leapfrog. What Digital India aims to do is to provide the technology, the broadband and the spectrum behind it. But manufacturing and technology alone cannot help you—you can grow faster but that will be jobless growth. What Skill India does is to create skills for a vast segment of population so that as India manufactures, as India urbanises, as Indians moves from rural to urban areas—as it happens in economic development—you keep creating jobs. This is what happens when economy expands.

Being a reluctant manufacturer and a reluctant urbaniser, India has to use technology to leapfrog, skip some processes of growth.

If you look at the history of the world, in 1975, China and India were at the same level of growth. China was also a reluctant manufacturer and a reluctant urbaniser. But in 1975, the Chinese Communist Party decided they will manufacture for the rest of the world and they will urbanise. So, they started creating new manufacturing cities. When they started creating manufacturing cities, people moved from rural areas to urban areas. People moved, young workers moved, wives and children moved to new manufacturing cities. Since 1975, China has created 400 new cities—its mid-boggling. China grew at an average 10 per cent per annum. If you grow at 10 per cent, you double your income in 7 years. Therefore, between 1975 and 2010, China’s income grew 16 folds. It lifted almost 800 million people above the poverty line. Therefore, India has no other option but to grow at 10 per cent per annum and that’s feasible.

For India’s GDP to grow at that level, manufacturing must grow at 14-15 per cent and, therefore, Make in India is a very critical programme for the government. Make in India has identified sectors, it is working in partnership with the private sector, we are working in partnership with different ministries across the government and its ambition is that manufacturing must drive India’s growth. And, therefore, to my mind we need unleashing of creative energy in India. India must become a nation of job creators rather than being job seekers.

We must create young entrepreneurs. And, we need to unleash the energy of India in terms of entrepreneurship. We should not be a nation of manufacturers but we should also become a nation of design and innovation. And, actually the innovative spirit of India must push the growth to a high trajectory.

The Prime Minister’s emphasis on “zero-defect, zero-effect” is about how do you create sustainable manufacturing. There are examples across the world—a city called Kitakyushu recycles everything, Yokohama reduced waste by almost 40 per cent bringing in a savings of $3.1 billion and in Singapore they recycle almost 50 per cent of water. These are examples which India must adopt while it moves forward in its process of urbanisation in the years to come. There is lot of energy, lot of vibrancy, lot of enthusiasm and India must capitalise on this enthusiasm of young people, India must use this energy to leapfrog, India must use this energy to emerge as a front-rank winner in the world. The whole world is looking at us. 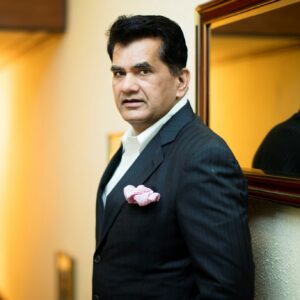 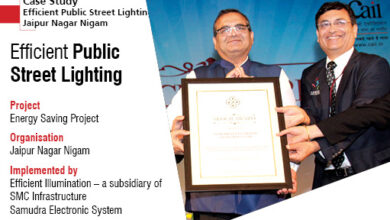 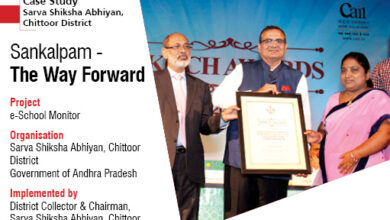