After two years of sluggish growth, the Indian economy seems to be regaining its lost momentum, led both by the green shoots of recovery in global demand and an upsurge in domestic investment. The measures initiated by the new government and expectation of major reforms have resulted in a revival of investor sentiment. The latest macroeconomic numbers and growth projections provide much hope for a likely turnaround.

Getting back on the growth track is important. But more important is to ensure a sustained rebound by addressing the dual concerns of efficiency and equity. This is critical for ensuring that the economy does not see mere spurts of growth but gets on to a long-term growth path. The need is not just for a growth that is rapid, but a growth that is broad-based in which all sections of our people have a stake. These are not conflicting goals. But the instruments have to be so chosen that there is no misalignment of means and ends.

Competitive markets are the foundation of competitive economies. Effective competition ensures that higher productivity firms increase their market share at the expense of less productive firms. Competition is, arguably, the strongest incentive for firms to innovate, which brings about dynamic efficiency and higher competitiveness in the long run.

Much of the improvements that came about in terms of economic growth in India since the turn of this century can be attributed to the adoption of economic reforms founded on the virtues of liberalised markets and competition. The entire spectrum of reforms—from the abolition of industrial licensing to the rationalisation of trade policy and lowering of protective tariff barriers—were designed to introduce competitive forces into the economy. Industry and the so called “Bombay Club” had to rise to the challenge and use that as an opportunity to improve its competitiveness.

The legal architecture governing the ground-rules of Indian markets also underwent a paradigm shift to suit the post-liberalisation philosophy of promoting competition rather than curbing monopolies. The Monopolies and Restrictive Trade Practices Act (MRTPA) gave way to the Competition Act 2002 that was enacted in 2003, amended in 2007 and made fully operational in 2011.

A well-implemented Competition Law is essential for well-functioning markets and competitiveness. It is its raison d’être to combat: anti-competitive agreements, anti-competitive mergers and abuse of market power. Competition Commission of India (CCI) is committed to promote business dynamism and ensure that competitive pressures between firms make them achieve productive efficiencies and become the engine of India’s structural change and growth.

However, while growth through competitive markets can increase the size of the cake, its redistribution requires a strong commitment from the policymaker. Financial inclusion is one such instrument for improving the redistribution mechanisms.

The idea of inclusive growth begins with financial inclusion. It is a policy instrument having the potential of achieving the two-fold objective of (a) better targeting of the government’s social spending through the banking system and (b) mobilising untapped savings, which may in turn contribute to economic growth.

Our policymakers have been cognisant of the need for and significance of financial inclusion. Accordingly, a number of initiatives have been taken to promote financial inclusion since nationalisation of banks. The dismal statistics on financial access, revealed by NSSO in 2005, compelled a renewed focus on the issue. According to this survey, 51.4 per cent of the farmer households in the country did not have access to credit. Despite the vast network of bank branches, only 27 per cent of farm households were indebted to formal sources.

First, opening bank accounts undoubtedly is the first step towards bringing the under-privileged segments into the fold of formal banking. However, a single-point focus on opening “no frills” accounts may just lead to statistical inclusion, falling far behind the real goal of financial inclusion. Making financial inclusion a reality calls for a holistic approach. A gamut of complementary efforts for making accounts active, ensuring greater livelihood linkage, technology infusion, interoperability, financial literacy, skill development etc. demands due emphasis for any meaningful progress on this front.

The six-pillar approach of the Pradhan Mantri Jan Dhan Yojana (PMJDY) holds strong promise with the holistic framework it provides. Its focus on technology and the incorporation of the learnings from the earlier effort is pragmatic. However, there still remain challenges, in view of the already strained balance sheets of the state-owned banks. While there is no doubt that the goals of comprehensive financial access are very important, given their sheer magnitude, they need to be pursued in a manner that does not end up eroding the competitiveness of the institutions engaged in these tasks.

Efforts must also be made to tap the strength of non-banks to offer payments, deposits and cash-in, cash-out services. Enabling an inclusive competitive landscape could be the way forward. The Nachiket Mor Committee recommendation for Payments Banks opens the door for more players to enter. The Committee’s recommendation for a national ‘payments services’ ecosystem with a network of banks, white-label banking correspondents (BCs), payments banks, white-label ATMs etc. can be operationalised soon.

In India, microfinance has grown without a specific regulatory structure in place. Given the distinctive nature of the industry, the special profile of its beneficiaries and the blend of organisational forms of its players, there is a clear need for a sector specific regulator sensitive to the needs of the sector. The last few years of scandals has created a gap in the credibility and viability of providing low-cost financial services to the poor.

One obvious area for policymakers is to resist from introducing distortions in the market for microfinance by setting interest rate ‘caps’ on rural lending rates and ‘floors’ on the deposit rates. This has the opposite effect of what is intended—poor borrowers are cut off from access and end up paying higher interest rates to informal lenders.

Notwithstanding its phenomenal growth, the microfinance industry in India today stands at a juncture marked with uncertainty. Much depends on the policy stance and a settlement between the Centre and the states about jurisdictional issues. 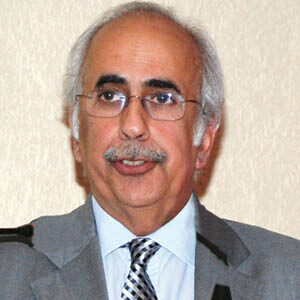