More than 54 per cent of Indian workforce as per 2011 census is engaged in agriculture. And, it for the last 20 years has been trying to get 4 per cent rate of growth in agriculture and has failed. The rate of agriculture growth since the reforms began has hovered around 3.2-3.3 per cent. And then comes a State, which for a whole decade, from 2001 to 2011, achieves agriculture GDP growth rate of 9.8 per cent – and the good show is still on. Statistically, the difference is three times higher than the rest of India.

As many economists put it, the earlier period of Gujarat was higher than all India and therefore, differentially the same. But if you look at agriculture, the story is different. Agriculture in the earlier decade was growing at 2 per cent in Gujarat and then suddenly it reached 10 per cent. That makes a good difference in terms of what is called inclusiveness as agriculture employs a majority of working people.

If we are able to achieve even 5 per cent growth in agriculture nation wide, it will lead to true inclusiveness. It is important to know what have been the growth drivers in Gujarat and how can these be scaled up nationally.

Cotton production in Gujarat in last 10 years has increased by 800 per cent and food grain production by 300 per cent. Our analyses at the district level show that the larger chunk of growth came from Saurashtra where Narmada waters had not reached at that time and this is a story of check dams. There were 10,000 check dams when Modi took over Gujarat more than a decade ago. I am told there are 150,000 check dams now and they recharge the ground water. Today, about 60 per cent of area under cotton farming is irrigated.

Strikingly different case is of Vidarbha in Maharashtra, which has larger area under cotton farming and the unusual high rates of suicides, because only 3 per cent of the area under cotton farming is irrigated. In the last decade, Maharashtra spent more than Rs 350 billion on irrigation – it seems all wasted. The two states show different levels of performance, as their governance structure has different orientations – clearly in all respects, Gujarat is performing better.

Gujarat has also witnessed a horticulture revolution. APMC is cleaned up there and functioning in keeping direct linkage with those farmers who are keen on contract farming. Anyone who wants to establish private sector mandis, he is welcome in Gujarat without any frills. At the center, the APMC cleaning up is on for over 10 years and is still counting. Even in States like Punjab known for heavy agriculture production, the efforts towards APMC reforms are lacking.

Now, some insights on scaling up. I made my first trip as a Chairman of CACP to Bihar – there, I saw bumper production of paddy. We went to interiors of the village to interact with farmers trying to get their paddy in shape for sale. I asked, how much are you ready to sell it for? In turn, I was asked, are you interested in buying? I said, yes, how much? Rs 950 per quintal. The minimum support price was Rs 1,310. When I shared this information with these farmers, they laughed and said that Punjab has a strong Chief Minister and they may be getting this, not us. In the same vain, one farmer said, if I take it to the railway station then I will get Rs 1,025 because the train is heading to Punjab and there it will be sold at Rs 1,310 and here I am, selling at a lower price. Just because there is no system, no APMC and no other alternative.

I came back with a heavy heart, because no farmer asked me to raise the MSP – they all said whatever is the MSP just ensure that we get this. Now you have a scenario wherein Bihar farmers are selling their basic staples rice, wheat at 20 per cent below the MSP. You have a system where you are buying from Punjab at 15 per cent above the support price and you have another system in Gujarat, which is total commercial. Government plays the role of an enabler unlike other States.

So inclusiveness to me is something that ensures maximum betterment of maximum number of people. It will come from agriculture and the first thing in agriculture that we need to fix is the incentive structures. If the incentives are right, investments will come in. Private sector investments today contribute around 85 per cent of total investment in agriculture. So we should be getting 5 per cent rate of growth because our incremental capital output ratio is 4:1, sadly that is not coming up. That shows that there are certain things missing in between.

At this stage, there is need to unleash institutional reforms inside the government bodies. Among the others, the issue of land fragmentation is haunting high and needs immediate cure – desirable is to free up the lease market so that the market can decide what should be an optimal size of the land. So we need to clean up some of the institutional things but last resort perhaps is innovations. The simmering fear of price rise could be tamed through innovative approaches and effective warehouse management.

So innovative technologies can stabilise the prices both for the farmers and the consumers. Agriculture of future cannot be seen alone through farming. Gujarat gave us the milk model, similar model needs to be replicated for fruits and vegetables – job creation, income and inclusiveness will come together. Gujarat shows the way. 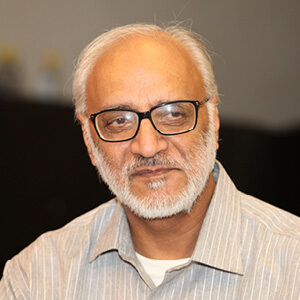