India lives in the villages – as the saying goes. We have been a rural economy, no doubt. But India owns cities as well. Now after 65 years of democracy, we have grown beyond the myth that village is innocent and city is cunning. At the time of independence our urban areas had just 17.3 per cent of the population. As per the latest census, the urban share comes to 32 per cent – roughly 370 million of our population. Almost 60 million more than the entire population of US. With no efforts towards regulating and planning, our cities have grown like octopus on each and every road leading to them. Leaving aside a few modern ones most of the towns are rural bazaars. Cities are engines of growth. But the structures, which exist for the management of the cities are primitive and rudimentary. Municipal bodies have meagre income compared to the immense responsibilities they are supposed to bear and survive on government grants.

The planning for human resource development is non-existent. Mostly we have incapable staff, hardly able to understand the changing urban scenario. Our corporators generally have a limited vision. For general public municipality is there simply to clean the streets and collect taxes once in a while.

The need of the hour is to change this stereotype mindset, overhaul the machinery and increase its capacity. Even Municipal Corporations, leave aside small local bodies, need consultants for each and every project. Mostly someone else conceives our projects. In smaller municipalities and town areas it is often the contractor who manages and makes the projects. It all goes to show that the officers and municipal representatives alike find it difficult to understand what the city needs are. That is why our cities are badly managed. For example, even in scanty rains we see instant cases of water logging in streets and mohallas.

Serving as Commissioner, Municipal Corporation of Kanpur and later on at Allahabad, I felt that managing a city is a serious job. It is like taking care of a government, which is running underground. A total casualness prevails. When the GIS system of identifying the housing properties in the city began to be introduced there was a big opposition all over. Entire Tax department, almost all municipal officers, entire lot of elected representatives, including the Mayor, everyone was strongly opposed to it. GIS survey teams were hounded and at times, manhandled too. Once a few busloads of people went to gherao even Vidhan Sabha in Lucknow! Such intense was the opposition to the introduction of GIS. The GIS was in fact an instrument of correct evaluation of property tax. There were schools, offices, showrooms even a few cinema halls recorded as residential properties. Despite all the opposition, a small group of committed officers and staff, most of them employed on contract, went apace with the task. Kanpur became the first success story of the country in converting the GIS map data into real house taxes. Finally those 200,000 houses were added which had remain out of assessment list since long. The tax net increased from almost Rs 320 million to Rs 1,080 million. An increase of more than three times in one year!

Similarly when Kanpur started its experiment with PPP model in solid waste management it was the same story being repeated. Mayors and Corporators resisted it while the entire staff went on strike in opposition of door-do-door collection of waste. Sustained efforts were made for personal contacts and with civil society and local media support things improved and went on to become a success story.

Constant tug-of-war like situation between Municipal Commissioner, Mayor, Corporators and union; poor public perception of municipal body and its work; and, poor efficiency level of its supervisory staff are some of the issues faced by corporations.

In all seriousness, while we do have subjects like Business Management and Public Administration, why can’t we have a subject like ‘Urban Management’ as part of the university curriculum? With growing urbanisation, there is urgent need for new ideas, new approaches to be introduced.

Given the municipal environment, there is neither provision for capacity building nor any motivation for learning to help further their professional career. There is an urgent need of urban and municipal education. We need MBA like professionals for the management of the cities.

During a visit to Administrative Staff College of India, Hyderabad (ASCI), I proposed to a prominent faculty member, Professor Chary, that if I could get a syllabus on degree course in ‘Urban Management’, I will request Vice Chancellor of the Kanpur University to adopt it. Since AND Degree College, run by Kanpur Municipal Corporation, is affiliated to Kanpur University, it will be quite easy for us to run this course. He was surprised as request was coming from a Municipal Commissioner. Designing and running the courses is the sole prerogative of academicians. His reply was equally surprising to me also. The ASCI does not have such a degree course! What is appalling is, no such course exists anywhere in the country.

Then this idea came to me. Who, other than us, serving in a municipal corporation are better placed to write a syllabus on urban management. ASCI said, once the syllabus is put in place and accepted by the University of Kanpur, it will provide faculty support.

Back in Kanpur a Syllabus Committee was set up under leadership of Dr Umakanti Tripathi, Principal, AND Degree College. All the aspects of municipal functioning, urban needs were examined. Finally it was put up to the university’s Academic Council in a record time of three months, and the rest is history. Now this three-year degree and one year diploma course is part of the curriculum at Kanpur University.

The urban management course provides a broad understanding of the functioning and responsibilities of local bodies and will create a cadre of city administrators and managers whose shortage is being felt very painfully all over the country.

Further, Urban Management graduates could be an excellent asset to the partner companies, which are serving as PPP associates to local bodies. Moreover this basic degree course can form a base for higher studies in urban management, city planning, disaster management and environmental studies.

Last but not the least, important is the task of making students and people aware of their cities, problems and opportunities. It will strive to make the common citizen more response towards their cities and environment.

But the story does not end here. It goes further. The forces of the old system have caught up again. The GIS initiative is being pushed back. Tax staff has gradually started nibbling at the gains in tax increase. In the garb of rationalising the GIS assessments, taxes are being reduced with impunity. Similarly the PPP experiment in solid waste could not sustain itself. The nationally acclaimed story of Kanpur has petered off. The partner company says it is not being paid adequately. Corporation blames that partners are not interested in collection of user charges. A sort of bureaucratisation of the experiment has taken place. The vigour of initiative is lost. The Kanpur experiment has also exposed the myth that privatisation could give a solution to urban problems. In fact they have gone down to the lowest level of competence. After a promising start partners went on a different line. They unfortunately deployed third-rate managers. Financial mismanagement became the order of the day. The company had more labour strikes compared to even municipal staff. It appeared at times that their management is deliberately acting irresponsibly. This has to start all over again.

Here the lack of municipal education comes as a major impediment. The generalist cadre is not in a position to handle these issues. The Kanpur success was an acknowledgement of the fact that our cities are in dire need of such initiatives. These efforts such as GIS, tax reforms, solid waste innovation and property management could be done more purposefully if our officers adopt modern approach towards urban management. This subject will inculcate a sense of purpose among the city managers. The course needs to be taken up by all capable institutions and universities.

If this initiative is taken up by the Ministries of Human Resource Development (MoHRD) and Urban Development (MoUD), it can go a long way in creating the cadre of badly needed City Managers. This subject will become an effective tool in the hands of the civil society also. We have to develop an Indian Philosophy of ‘Urban Management’ and vigorously implement it. Our story of urbanisation starts with oldest cities of Indus Valley. In the description of available literature, we read about the well laid out cities of Magadh, Pataliputra, Ujjaini, Kashi, and Takshshila. We were the richest economy of the world and our cities were the creators of the wealth. Now we witness the scenes of the vicious anarchy in our cities. An effort in right direction will change the face of our cities, which are poised to lead the charge of economic growth. 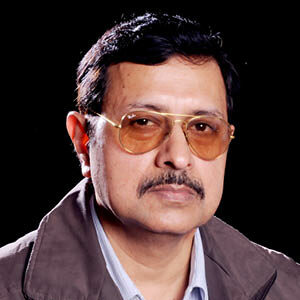