Financial inclusion presents a way of bringing economic well being to millions of people particularly the underprivileged sections in India who do not have any protective financial umbrella and for whom the need for financial protection is paramount. It is a contemporary theme of vital national importance if we are to unleash the country’s growth potential and promote equity. The business of general Insurance is about social security and financial protection against the occurrence of unforeseen perils, the aim being the welfare of individuals and society as a whole. The insurance penetration in India being what it is, i.e., 4.1 per cent for life and 0.7 per cent for non-life; we still have a long way to go.

It is for this reason that National Insurance (NIC) upholds as one of its core values the concept of Corporate Citizenship, which stresses the fact that businesses and markets are essentially aimed at the welfare of society and thus complement each other.

Over the years, parallel with the nation’s development, NIC has grown and prospered, often through difficult and challenging times – always playing its part in helping to build this nation; never for once forgetting its prime mission of making general insurance services accessible to the citizens of India, thus implementing “inclusive growth” long before the concept was adopted by the corporate world. Towards this goal NIC opened 241 one-man Business Centres. Financial inclusion for NIC therefore means making insurance available to lower income groups at an affordable cost thus reaching the unreached through insurance.

This objective received a fillip when in his Budget Speech of 2013-14, the Finance Minister P Chidambaram, announced his vision of insurance inclusion stating:
“….All towns of India with a population of 10,000 or more will have an office of at least one public sector general insurance company. I propose to achieve this goal by 31st March 2014.”

An ambitious project under the head of “Financial Inclusion” was therefore started at NIC to provide insurance services to unrepresented towns up to Tier-IV level with a population of 10,000 and more. Expanding our earlier network of offices, in a period of 12 months – NIC has successfully opened 596 Business Centres spanning hitherto unrepresented populace in remote and far flung areas such as Chumukdima Nagaland in the North East to Kargil and Rajouri in the North, Unnamalaikadai in Kanyakumari in the South to remote Sadhushahar in Rajasthan.

In addition, NIC has successfully addressed the issues of financial inclusion by providing useful and low-cost products to the citizens in these underpenetrated and underserved areas.

NIC has helped touch lives of the poorest of the poor segment by taking a lead role in implementing RSBY, arguably one of the largest mass health insurance programmes in the world, which provides health insurance to five members of every BPL family. More than 34 million families have been covered – this cover will now be extended to other categories such as rickshaw, auto-rickshaw and taxi drivers, sanitation workers, rag pickers and mine workers

Focusing on its commitment to the non-urban Indian market, NIC has laid the ground for building a strong system by focusing on optimum use of technology apart from using brick and mortar structures, thereby ensuring all financial needs can be addressed at one place

NIC has signed an MOU with Government of Maharashtra to insure 21.1 million BPL/APL families across 35 districts of Maharashtra under this unique tailor made health insurance cover.

To ensure good health and shelter for the underprivileged, micro-insurance products such as Grameen Suraksha and Grameen Suswathya have been launched. Partnerships have been forged with non-Governmental organisations in rural areas and Self Help Groups, e-governance agencies and regional rural banks (RRBs) to increase insurance penetration.

For the senior citizens of the country, the company has introduced an exclusive single window facility for redressal of grievance and handling of claims.

Focusing on its commitment to the non-urban Indian market, NIC has laid the ground for building a strong system by focusing on optimum use of technology apart from using brick and mortar structures, thereby ensuring that all financial needs can be addressed at one place. In the process NIC has pushed the frontiers by creating newer markets for insurance offerings for both the Company and other players to partake of.

It is a testimony to the success of this project, that the Bhutan Insurance Company has started this service in its own country after taking necessary know how from us.

NIC continues its endeavour in fulfilling its leading role in an insurance-led financial inclusion drive leveraging and harnessing Technology to fulfill its objectives. It has demonstrated excellence in reach, business volumes, focused product offerings and innovative business models and partnerships to service non-urban India. In fact a significant proportion of business generated from non-urban areas coupled with a large year-on-year increase in the number of non-urban policies on an already large base makes NIC a proven market player in India. Its innovative products have set the benchmark in terms of fulfilling an unmet customer need in the domain. The company is committed to giving back to the society or community within which it operates and focuses on doing well by doing good.

NIC continues to carry this philosophy, fortunate as we are in being able to touch people’s lives through our Insurance products and thus provide insurance security and peace-of-mind to our fellow countrymen. 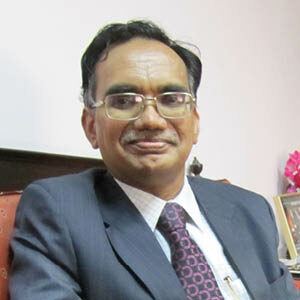