Over the last couple of decades, since the liberalisation process started in 1991, there hasn’t been a phase where the trust between the public and private sector and between the government and corporate sector has been at such a low point. It is a very widespread and deep-rooted perception. In a wider context, this is not unique to India. It was triggered in part by the financial crisis in the US, which then infected financial markets across the world. The general impression is that the private, particularly the private financial sector, has learned how to privatise the gains but socialise the losses. This, therefore, invited a legitimate and a strong political response, which translated into the Dodd-Frank Act in the US.

The collusion between government and large corporates – in particular over the allocation of spectrum and other resources generally – has thus become a concern for the civil society and the common man. This invited a judicial reaction; the Supreme Court cancelling all telecom licenses, for example. Some say it was judicial overreach, others argue that it was necessary to restore the balance. So the car slowed down and our challenge now is to rev it up again.

The government’s responsibility is to articulate stable policy; create a regulatory oversight that is transparent, predictable, consistent and firm; and, to provide effective adjudication and dispute resolution, which is inevitable between the public and private sectors

India is a remarkable model of nation building. It got universal suffrage at a much lower GDP per capita than any other democracy in the world. Today, India’s GDP per capita in purchasing power parity terms is the same as it was in the US in the 1880s. We got universal suffrage in 1950. In no democracy in history, poor people started voting as early as in India. In the US, African Americans – 12 per cent of the population – were not allowed to vote until 1965. In the UK, universal suffrage did not come until 1928. In Switzerland it didn’t come till 1960. So, while their economies were developing, the poor did not have the right to exercise their vote. In India, the poor have been voting since 1950. Inevitably, the politics of our country drives us towards empowerment and towards delivering the legitimate rights of the poor to have social protection. The rights-based approach is thus inevitable in our country.

It means that the government has to spend scarce resources increasingly on providing social protection at a much earlier stage of economic evolution than what was done in other democracies. If we compare how much we are spending on social protection compared to the US in 1880 at the same level of GDP, it is 15 times more as a share of GDP. But, our revenues – compared to the US in 1880 – are only seven times more as a share of GDP. The government thus has less fiscal space to invest in growth; it has to invest or spend on delivering social protection, health and education.

The private sector needs to think about new spaces and long-term in the case of employment generation. India’s rural economy is vibrant today but there’s little penetration of the formal sector into that space

The government’s responsibility in this context is to articulate stable policy; create a regulatory oversight that is transparent, predictable, consistent and firm; and, to provide effective adjudication and dispute resolution, which is inevitable between the public and private sectors. This particularly affects the infrastructure sector. The government’s task is thus a very difficult and delicate one.

Many in the bureaucracy think that the government’s role is either to somehow replace the private sector or to police it. This perspective requires a change. The private sector needs to be policed, but in a manner that inspires trust and faith; it should be ensured that the policing is happening in a fair and transparent manner. In fact, the next a generation of reforms are more about changing the mindset and strengthening the institutional frameworks that deliver fair, transparent and regulatory infrastructure.

The biggest challenge for nation building thus is to restore the critical partnership between the government and private sector, which currently is damaged and needs urgent fixing. 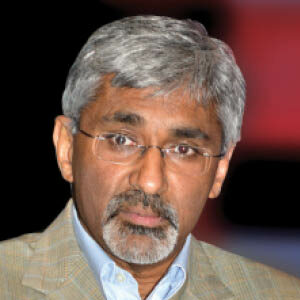 Competitive and Fair Markets are Essential for Corporate Legitimacy