There is a silent consensus in the collective consciousness that a lot of irrational formalities, with which our bureaucracy is afflicted, damage the rights of India’s citizens in a numbers of areas. The Unique ID, or Aadhaar as it is called, project will prevent this type of artificially established hazards.

First, it is important to recognise Aadhaar from the perspective of the person who is entitled to certain rights as citizen but finds it utmost difficult to avail them. The disadvantaged sections would be immensely benefited by the well-choreographed measures of Aadhaar — the technical precision imbibed in it will hinder the acts of blocking or delaying the benefits of government services or welfare programmes.

The best thing with Aadhaar is its structural soundness, which is India-specific and deals meticulously with the diversities and complexities of the nation. Direct benefit transfer (DBT) and subsidy management are important not just from the perspective of better budgetary management or fiscal consolidation, but it also has greater bearing on the other areas of importance too. The DBT can be beneficial to growth in a much efficient way than just handling subsidy management.

Among the arguments advanced to claim that India will grow at 8 per cent or 9 per cent, what people find easy to cite is, India’s demographic dividend. The proportion of India’s population which is in the working age group is going up and would not decline in the near future.

Nevertheless, to accomplish the demographic dividend, India will require a new pattern of growth that should be significantly different from the previous high growth model that we pursued during the 2004-09 period.

First, the growth story should be broad-based. The 2004-09 episode of high growth had leaning towards the western and southern parts of the country. It was a growth story accentuated by the expansion of the corporate sector, driven by the tremendous increase in corporate savings and investment. It was that phase of growth which probably generated a large number of jobs at the higher end of the employment spectrum. However, the realisation of the demographic dividend will require a radical change in the conception about inclusiveness. The clamour has already increased for bringing in those people and regions hitherto left out into the growth process.

Second, the basic argument of inclusive growth is that it ought to traverse this realistic path if the demographic dividend has to be an asset. For now, the bulk of the demographic dividend is going to be achieved in the five northern, central and eastern states — UP, Bihar, Jharkhand, Rajasthan and Madhya Pradesh. Here economy of scale is visible.

If one looks at the numbers on the increase in the working age population say, up to 2050, 90 per cent of the increase in this category of population is going to take place in these five states. So the basic realisation should be that the demographic dividend-linked locus of growth has to shift to this part of the country.

Still, it’s far off when these states would ensure 8-9 per cent growth to the national economy. Except Bihar, no other state in this list is faring well consistently.

You can’t get job-oriented growth simply by focusing on the large corporate sector. The government will have to lay much more emphasis on the growth of small and medium enterprises. This has been a weak area of India’s growth story so far

You can’t get job-oriented growth simply by focusing on the large corporate sector. The government will have to lay much more emphasis on the growth of small and medium enterprises (SMEs). This has been a weak area of India’s growth story so far. SMEs did not grow as rapidly as it should have been in the 2004-09 period if some of the numbers are taken into account. They need better place in the policy framework of employment generation.

Much of the realisation of this is a direct result of rapid urbanisation. We have put in place an entitlement system for food, employment and education. The system may even extended be further. Nevertheless, I would propose that the time is ripe to adopt an entitlement system for clean drinking water. If these entitlements truly get to the real beneficiaries, that would make a big chunk of the population better educated, better fed, healthier and more productive. This is the dimension of inclusion which is very important, considering that it will involve substantial modifications and changes in the participation of women in the workforce. The result will be a more gender equal society.

If these entitlements actually go to the people, realising demographic dividend will be easier because India would have a population better placed in human development terms. This will foster transparency and ensure that the entitlements get to the people they are meant for. This is really what matters. 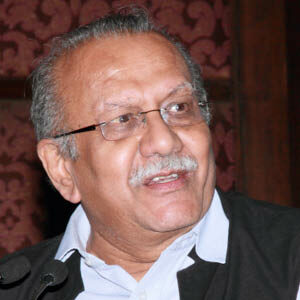 Nitin Desai is an economist

The Making of The Bihar Growth Story

Equitable Growth As a Governance Challenge 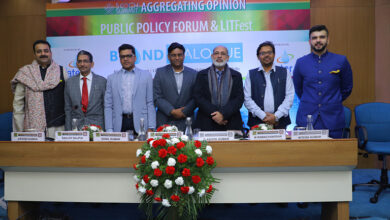