The Bihar growth story is now in public focus. It is not only because the 11th Five-Year Plan made it to be the fastest growing state in the country. It got a growth rate of 11.82 per cent for over five years and the Prime Minister tweeted that he was proud that Bihar has achieved the rank as India’s fastest growing state. This is no mean achievement.

How does a laggard become a champion? What dramatic thing happened so that a basket case could set an example that others could follow? How has all this happened and what are the factors that have driven the Bihar story in the last five years or so?

“In the last eight years, Bihar has achieved all-round success in human development, restoration of the rule of law, and in applying the rule of law uniformly without political bias. All that is resulting in reverse migration. The outflow of talent and capital has declined, thus freeing up the entrepreneurial energy of almost every Bihari in making small investments”

The first and foremost factor is governance. But what does governance mean? Reinventing governance would be very engaging, because the governance to some extent is self-explanatory. In the normal sense, this gives people human development and security of life and property, enabling the rule of law to be uniformly applied. In the last eight years, Bihar has achieved all-round success in human development, increasing security of life/property and applying the rule of law uniformly without political bias. All that is resulting in reverse migration. In fact, the migration pressures that the state endured in the past have declined substantially.

On the other hand, the outflow of talent and capital from the state has declined substantially, thus freeing up the entrepreneurial energy of almost every Bihari in making small investments in the decision to buy a new property and to build a house. All this took place because the future looks optimistic. The pessimism of the past has yielded place to expectations and hope.

These are the prime movers of Bihar’s economic development in last eight years. Indeed, in doing so, it has produced important results. One of the results is giving a fillip to the social and economic empowerment of the state’s citizens.

The newfound empowerment of women in institutions of Panchayati Raj and in other institutions of governance have led to a more inclusive growth pattern, which freed up the latent entrepreneurial energy of individuals, women in particular.

Bihar has also improved the quality of its primary and secondary schools. The bicycle project that the Chief Minister introduced to give every girl student a bicycle to be able to commute to the school has led to greater girl child enrollment and girl child retention in the state’s schools. Later on, the scheme was extended to include boys also who were in need of help. A study subsequently (following the World Bank’s field studies) revealed that 97.2 per cent of the money the students received had resulted in the actual purchase of the bicycle. Applying uniforms to all schools with a particular colour and giving them the money to buy uniforms also helped. The result of all these measures is that the dropout ratio has declined dramatically.

The Bihar growth story has been largely led by enhanced public outlays. Can such a large increase in public outlays be sustainable in the near future? Unlikely. What does the state need to do to entice private investment in a manner that synergise public and private outlays. These are the major challenges the state has to overcome

On primary health, Amartya Sen had noted the improvements the state made in immunisation, child nutrition and all other characteristics inherent in the Millennium Development Goals (MDGs).

Governance and development in terms of simple ideas being translated into practice has a multiplier effect in freeing up the entrepreneurial energy of an average citizen of the country. Gender empowerment has a lot to do with it. The special programmes for minorities being implemented are having a major impact in raising the educational standards in these communities. These all are virtuous circles which link up the synergy between development and growth.

However, this success story faces some challenges, too. The first challenge is, can the growth rate of 12 per cent be maintained for the next 20 years? Because even at this rate of growth, it will take Bihar another two decades to catch up with national averages in per capita income, consumption of electricity, number of higher education centers, etc. This is clearly unacceptable.

Therefore, the need is to find a new methodology by which we rank states on the per capita basis or as per the national mean and deviation standard and adopt policies which enable states to approximate to the national mean within a finite time frame. This indeed should be embedded to the 12th Five Year Plan in guaranteeing regional equality over a finite period. Is it doable?

This is doable, as the latest Economic Survey had pointed out. But it does mean two important things from the viewpoint of Bihar. The Bihar growth story has been largely led by enhanced public outlays. So, first, can such a large increase in public outlays be sustainable in the near future by way of tax buoyancies and state garnering its resources and improving it? Unlikely. Secondly, what does the state need to do to entice private investment in a manner that synergise public and private outlays. These are the major challenges the state has to overcome.

The Truth About Demographic Dividend 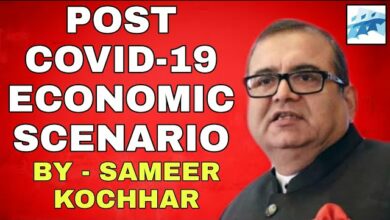