After independence, India’s governance system ought to have imbibed the Gandhian concept of Swaraj. The country seems to have lost it somewhere. Mahatma Gandhi spoke of Swaraj in clear and definitive terms where he said that the real Swaraj will come not by the acquisition of authority by a few. It will come when there is acquisition of capacity by all to resist the authority when abused. In other words, Swaraj means inclusion, the inclusion of all sections of the population in the process of governance either as its proponents or its implementers or even becoming its critics. These are the essential elements of good governance.

A true measure of governance is gauged through the extent of people’s participation. Without the people’s participation in governance, there is no real Swaraj. After his famous victory, Barack Obama in his first address prophetically said, “A democracy requires accountability and accountability requires transparency”. In this regard, India’s Right to Information Act (RTI), which encourages accountability through transparency is the most prominent expression of a profound national commitment to ensuring an open government. At the heart of that commitment is the idea that accountability is in the interest of government and citizenry alike.

To translate good governance ideals, it is imperative to have quality management in government. It is absolutely critical that the public leadership gets attuned to the organisational culture, development and in strategy and policy formulations. Then there are questions about managing our resources. We all know what is happening to our protected forests. For the sake of quick returns from the mineral wealth, we are sacrificing our inherited environmental health.

We must have the inputs – the basic inputs – which is to listen to the voiced messages. So a leader must not necessarily tell others what they must do. A leader must work to cultivate the ideas sown. This is what the Father of the Nation would want us to do.

We might have made some headlines in terms of our economic growth. But is our growth inclusive? We have wide gaps in infrastructure despite the fact that we have now gone for privatisation. Employment growth has steadily been receding instead of growing at the rate at which we had expected that it would. Healthcare is not accessible to all and where it is accessible; you also have socio-economic, caste and gender disparities. This is unacceptable in a society built on the vision of Mahatma Gandhi.

Then there is public-private-partnership with pervasive unaccountability. Access to justice remains a dream for many people in India. We might have made some progress to get bottom up governance through panchayats, but there are equal number of khap panchayats in the country that deliver justice in their styles. They perpetuate injustice. These are questions one must ask as they remain at the heart of inclusive governance.

Let me reflect a bit on the role of leadership in promotion of inclusion. Many of our difficulties stem from the overriding and all pervasive mistrust between the public and the structures of governance. We run a structure that is designed to serve emperors and emperors are located far away from us in another land. But even where they were earlier in our own land the interest of the emperor came first. Now it is altogether in the opposite direction. Therefore, time is ripe to rethink on governance.

Leadership and organisation must be goal directed and should keep their eyes on actual delivery of those goals or milestones. We have enacted many a path- breaking legislations such as the Consumer Protection Act, RTI, Right to Education among others. Are we actually acting on them?

Finally, let me share with you Gandhi’s seven deadly sins, which remain relevant to governance even this day. These sins are wealth without work; science without humanity; pleasure without conscience; knowledge without character; commerce without ethics; religion without sacrifice; and, politics without principles. Will we use these seven deadly sins or the answer to the seven deadly sins as our 10 commandments? How much we value these sagely sayings depends on how we wish to approach them.

The idea of India is very much a “work in progress”. When India was attaining independence, Winston Churchill spoke of it as follows: “India is merely a geographical expression. It is no more a single country than the Equator.” The Viceroy of India from 1943 to 1947 while thinking about what India was to become after partition had noted, “none knows whether partition of India once it starts will end short of balkanisation.” So we can say the idea of India has been a success but is under threat today. It all depends how we respond to the challenges where the future of India lies.

One of the foundational pillars of the idea of India is panchayat. Even the constitution talks of each panchayat as a unit of self-governance. But is the Panchayati Raj system functioning simply as a conduit of huge amounts of money being distributed for poverty alleviation programmes? Have we made legitimate use of panchayats in providing to the people a measure of participation in governance? Have Gram Sabhas become effective legislative bodies at the grassroots? Doubtful! Are panchayats provided with funds, function and functionaries? No doubt, panchayats do have in them strengths and resilience to establish true Gram Swaraj. 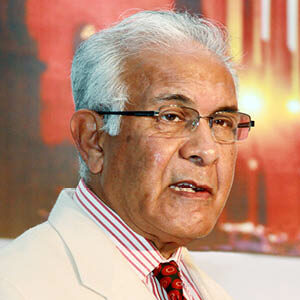 Governance: Time for A Radical Shift