When we think of rethinking governance, the two topics that are predominant in my mind are decentralisation and Centre-state relations. We are all aware of the 73rd and 74th Amendements to the Constitution that seek to empower the village and urban local bodies. In Punjab, both the amendments are implemented as far as the structures go. We have functioning Panchayati Raj Institutions (PRIs). However, as far as the spirit of these Constitutional Amendments goes, there are a number of problems. These problems are not unique to Punjab alone. Development funds earmarked for PRIs should be increased and their financial, managerial and skill capacities to execute public works must be augmented. In Punjab, we are working on a plan to meet this goal. The Chief Minister holds regular interaction with villagers and Gram Panchayat leaders in meetings called Sangat Darshan to improve governance and monitor progress of development works at the grassroots level.

The problem in India is that we have practised decentralisation in a narrow manner. The basic problem is the trust deficit. The Centre doesn’t believe in the states. The states, in their turn, do not believe in local bodies. In this culture, trust doesn’t thrive.

Our planning is top-down: from the Centre to the states and the states to local bodies. The Planning Commission largely decides on how grants and funds will flow. There is in adequate consultation with states regarding their genuine concerns. Look at the Thirteenth Finance Commission grants: the states are given targets on fiscal deficit year-on-year. Release of grants and funds are subject to their meeting the targets. If you look deeper, the entire fiscal deficit of the government of India is double the deficit of Punjab.

The platform to discuss Centre-state relations currently is the National Development Council (NDC). It is designed as a platform for Centre-state interaction and dialogue. But the entire agenda is fixed with limited inputs from the states. The NDC holds a one-day meeting, which is insufficient for states to put forth their concerns in detail.

Centre-state relations are important from the growth point of view also. India’s growth momentum has decelerated in recent years, largely due to neglect of issues being faced by agriculture and industry. This needs to be addressed urgently.

India’s agriculture sector has been deprived of dynamism and vibrancy that once propelled the Green Revolution. Punjab’s major concern is not production, but diversification of its agriculture produce basket. We wanted to move away from the wheat-paddy cultivation cycle and had asked for Rs 50 billion Central financial assistance during the 12th Five Year Plan for crop diversification, but so far we have received only an amount of Rs 5 billion that has been provided for this years plan. Production has ratcheted up, but investment in scientific storage capacity has not kept pace. The result is that huge quantities of foodgrains, vegetables and fruits are left to rot in open or semi-open yards that pass for storage facilities. The issue of storage will become all the more pronounced when the Food Security Bill becomes a law, as the required storage requirement will jump substantially.

In agriculture, Punjab’s major concern is not production, but diversification of produce basket. We want to move away from the wheat-paddy cultivation cycle. More investment is necessary not only because of Punjab’s positive externalities but also considering the troubled times it passed through during the 1980s

We are concerned about water ecology. Punjab is one of the major producers of paddy that consumes large amounts of water. It is leading to depletion and in some cases contamination of ground water. Punjab Government plans to put up reverse osmosis (RO) systems in villages to ensure availability of potable water. We expect Planning Commission to help us tackle the problem by providing for adequate funding.

In terms of industrialisation, Punjab is a landlocked border state. The state has successful ingredients to attract investment: fertile land, surplus power, educated labour force, less manhours lost in production, etc. But the public sector investment has been lacking. A balanced development agenda is most important for us, because as a border state, it is strategically important. More investment is necessary not only because of Punjab’s positive externalities but also considering the troubled times it passed through during the 1980s.

A Landmark Legislation on E-Governance

The Right to Service Act is a major step in e-governance Punjab has taken. About 70-odd services are included in the Act, and a Right to Service Commission has been established to oversee delivery of services within the specified timeframe. Besides, many facilitation centres are opened for service delivery. We have done away with a lot of procedural irritants. For instance, in a large number of cases, we have removed the ubiquitous need for affidavits. The state is all set to computerise all revenue records.

In recent years, the state has witnessed quantum increase in revenue collection. Now, e-filing of VAT returns is permitted. We have made municipal services online. E-tendering is implemented in seven departments and others are being covered in phased manner. All villages are provided with clean potable water. All schools in the state are given drinking water and toilet facilities. The government has notified masterplans for 14 major cities and towns in the state and 75 more masterplans are under preparation. Six development authorities are created and the area has been extended to cover the entire state.

In the farm sector, the state government has offered Rs 30 billion worth of free power supply for agriculture tubewells per year. In Punjab 1,343 agriculture machinery service centres are operational and 220 underground pipeline projects for assured irrigation with 33 per cent subsidy is given. The irrigation canal network has been upgraded and extended. The government’s Atta Dall Scheme for poor is a highly successful social sector scheme (distribution of food grain at subsidised rates to poor families) with 1.54 million beneficiaries. About a third of these are already covered by medical insurance of up to 30,000. Soon the rest are going to be covered under a new Bhagat Puran Singh Medical Insurance scheme.

In policing, we have established six NRI and cyber-police stations. The government is also making steady progress in its effort to make modern healthcare facilities affordable for all in Punjab. 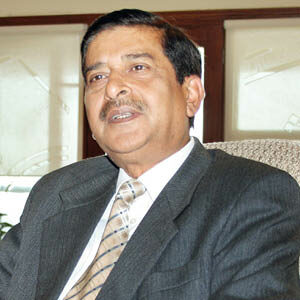 Aligning PDS with Aadhaar - Challenges Ahead