M S Swaminathan, recalling the struggle with the Bengal famine rightly observed, ‘If agriculture goes wrong, nothing else will have a chance to go right in this country.’1 Apart from a National Policy for Farmers in 2007,2 which is yet to be implemented, nothing seems to have gone right in the agriculture sector. Farmers’ suicides continue in agriculture intensive states like Andhra Pradesh, Karnataka and Punjab. There are regions where farmers have declared a crop holiday to demonstrate their anger against poor governance.

Agriculture is the only sector in India that suffers from the stranglehold of inter-connected ministries at the Centre – the Ministries of Agriculture and Cooperation, Water Resources, Food Processing; Rural Development, Commerce (dealing with international trade) and Industry, Environment and Forests, Micro, Small and Medium Enterprises, Consumer Affairs and Public Distribution, Science and Technology, Non-conventional Energy Sources, Finance and, above all, the Planning Commission. Being a concurrent subject, states too have corresponding ministries to interact with the central government. I have not come across another country that governs the farm sector through such a web of governance. Each ministry and each state government has its own say and to have the last word. They rarely all agree, and as a result it is the farmer who stands to lose the most.

It is politically infeasible to reduce the number of ministries either at the state or centre for the simple reason that each stratum of a fragmented democracy must get a berth in the seat of power. But after six and half decades of independence, having successfully combated chronic famine, having moved into worldwide impressive ranks in areas such as milk, poultry and horticulture production, we are still far from providing food security to our citizens. Forty per cent of food production is wasted or rots in government warehouses, inviting the wrath of the Supreme Court, which ordered the government to correct the situation expeditiously.

The Cabinet sub-committees at the centre and in the states constitute a coordinated mechanism for releasing policies related to agriculture or for that matter any other policy. The oversight mechanism for monitoring and concurrent evaluation of the functioning of regulatory institutions suffers from lack of such coordination. There is no regulatory impact assessment of any policy and regulation as an ongoing exercise like in the UK.

The reform in governance in so far as the farm sector is concerned should start from understanding the complexity of farming, the farmer and his family, and the society in which he lives and to which he contributes. How can this be made to happen given the multiplicity of institutions that are responsible for the sector?

We are living in a fast changing and dynamic world, which requires quick, and correct, responses. Land and water resources, the principal factors of production in the farm sector are scarce and the burgeoning population adds pressure year on year on these scarce resources. Water, soil, plants and animal life have the capacity to regenerate but may not be able to regenerate fast enough in the face of increasing population. Sub-division and fragmentation of holdings, riparian water resources and shrinking farm labour coupled with rising consumer expectations for quality food and water make governance of the agriculture sector complex. If a farmer has one cow in his backyard, it will take care of the organic manure requirements of one acre of cultivable land. But if the same cow belongs to the department of animal husbandry then the backyard in which it lives in under the panchayati raj department, the manure it produces belongs to the department of agriculture and biodiversity and land where the manure can be used is governed by the revenue department. In such a multi-faceted scenario, governance is crucial as each department moves to regulate its own area of jurisdiction according to what it thinks is right.

The Meaning of Governance

Wikipedia defines governance as “the act of governing. It is related to decisions that define expectations, grant power or verify performance. It consists of either a separate process or part of decision-making or leadership processes.” Governance means consistent management, cohesive policies, guidance, processes and the right to decision making for a given area of responsibility. It stands on the four pillars of decentralisation, accountability, transparency and coordination. It embraces action by executive bodies, legislatures and Parliament, and judicial bodies (from the local level to the Supreme Court).

In the post-liberalisation era, governance has become the most discussed subject but, like the four blind men trying to define an elephant, no one can agree on a common meaning. It has resulted in assertion and acceptance of certain rights, such as the right to work, the right to information, the right to safety and security for every citizen. Some of these have been given legal sanctity but are still trying to find space for functional existence.

Governance in the Farm Sector

Philosophically speaking, if I receive something, I should be in a position to return something to the giver. The farmer gives me food, which helps me live; therefore, the least I can give back to him is conditions that will enable him to live happily and grow the food I require to feed myself, my family and other dependents.

The reform in governance in so far as the farm sector is concerned should start from understanding the complexity of farming, the farmer and his family, the society in which he lives and to which he contributes. How can this be made to happen given the multiplicity of institutions that are responsible for the sector?

Implementation of multiple schemes and programmes for the farmer by different departments and ministries has led to centralisation. In the absence of decentralisation of administration, the first principle of governance, attention has been focused on targets. This has led to maldistribution of scarce resources and equity has become a casualty in the name of equality. Conceptual correction is required. What should be focus of the decentralisation process involving the farmer at the lowest level of administration? Ideally, the panchayat?

Transparency is the third principle of governance. Has information technology been effectively used in communicating all the information a farmer needs to produce, store, market and earn a surplus to continue living with dignity and honour? Mobile technology has made rapid strides in passing on information and also for effecting payments and receipts. How much investment is required to take this technology within the operating convenience of the illiterate and semi-literate farmer? Responses to these questions have the potential to resolve the information asymmetry of the farmer in remunerative technology adoption.

Coordination, the fourth principle of governance, is the real villain of the piece. As a first step, in all the states, or at least in the 12 states that have a preponderance of agriculture as the driving force of their growth (thereby carrying the growth burden for the rest of the economy) and at the Centre, an agriculture vision document should be prepared after a thorough inquest by the agriculture, animal husbandry and horticulture universities in each state. This vision document should lay down the objectives and goals of a farm policy and coordination mechanism and should be shared with all stakeholders and scientists within a set timeframe. Each of these states should also undertake an annual agriculture sector survey with farming related universities in the lead. This annual survey should be presented before the legislative assembly a day ahead of the presentation of the agriculture budget that which should also be presented every year ahead of the general budget. The agriculture budget should be subsumed in the general budget. This process will make sure that the finances of the state move in tandem with the requirements of farmers3.

Third, once in two months the Coordinating Forum on Agriculture (COFA) should review the budget releases and ensure that the lowest level of delivery gets the physical resources required to reach all farmers. The review meeting should be presided by the minister of agriculture or the deputy chief minister in a state. COFA should be vested with the authority of vetoing any proposals and censuring any actions of those that run counter to the effective implementation of the stated agriculture policy goals.

Networking is the name of good governance. Technology should help take innovations and research from the field to the lab for commercial assessment. The Indian Council of Agricultural Research (ICAR) and the farm extension wings in the states should spearhead this backward integration.

Improving governance in this one area is key; in all other areas we seem to have reached some milestones. Let us resolve “to make agriculture right” to ensure everything else in the country goes right. 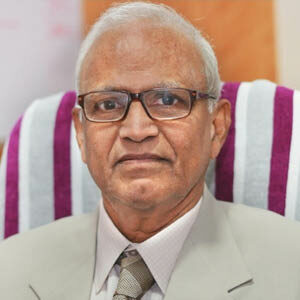