Karnataka is one of early starters on delivery of citizen services via e-mode. Bhoomi (computerisation of land records) programme has been a pioneer in e-governance in the country. So successful was Bhoomi that it became a hit overnight among several Indian states. Currently, Karnataka has 36 different e-governance applications running at the same time and being handled by the Department of e-Governance. It covers all departments in a horizontal manner, which in a sense distinguished Karnataka from other states.

It is noteworthy to mention that Karnataka is the only state in the country to have set up a separate department of e-governance, whereas other states run their e-governance programmes under the IT department. Further, all e-governance projects in the state are implemented through public-private-partnership (PPP) mode.

Given the level of maturity and competency that the state has achieved in the field of e-governance, several of its initiatives are being emulated by other states, for instance, wheat e-procurement. This is not to say that there are no learnigns for us – we are also improving our functining learning from our mistakes. This is giving Karnataka an edge over others.

Our e-procurement module is an end-to-end model. It encapsulates more than just putting up tender requests on the website. Significantly, the e-procurement includes a project management module, payment gateway, indenting module (total of 6 modules under e-procurement) amongst others. The World Bank was so impressed with this e-procurement model that the department was requested to make a presentation last year.

In terms of scaling up of e-governance, Karnataka brought an impressive turnaround by launching several novel and innovative programmes. For instance, we have launched a citizen centric project called Bangalore One (B1) which covers 43 different services of 28 departments under one umbrella in the Bangalore city. Apart from accessing manually, one can access B1 through a smart phone or tablet – most of the 43 services are 24×7. A pioneering initiative is re-evaluation of examination papers. A number of hassles that students generally encounter during the re-evaluation of their examination papers, is now addressed through online (a 24×7 process). Finally, with a monthly transaction over Rs 2 billion and with 1.3 million footfalls every month (population of Bangalore is 8 million), this progamme has taken a big traction. On an average one or two members from every family are now accessing these services on a regular basis.

The successes from Bangalore One persuaded us to expand it to other regions of Karnataka. We have launched a state-wide programme Karnataka One (K1) to streamline e-governance. In the recent times, Karnataka has opened similar outfits in all corporation areas

The successes from B1 persuaded us to expand it to other regions of Karnataka. We have launched a state-wide programme Karnataka One (K1) to streamline e-governance. In the recent times, Karnataka has opened similar outfits in all corporation areas.

The equivalent of Bangalore One in rural areas is called “Nemmadi.” A Nemmadi centre covers 4 to 5 Gram Panchayats by providing close to 50 services under one roof. So far, we have opened 1,100 Nemmadi centres all across Karnataka. Equivalent of Citizen Services Centres (CSCs), on an average each Nemmadi centre conducts about 1500-1600 transactions a month. During peak time, per day about 46,000-50,000 record of rights (land titles) are issued across the state. Currently, we are doing a pilot to scale it up on a larger canvas.

On smart governance, we have made some modest progress as yet. Although the state is still away from making any serious claims to use many of the emergent ICT tools and social media, the state government has taken some crucial steps to maximise the service delivery impact. For instance, recently the state launched a pilot study to understand the potentials of social media in improving urban transport and traffic management. Let’s say about 45-50 citizens of Bangalore use the Bangalore Municipal Transport Corporation bus service on a regular basis. To know about the schedule of buses on a particular route, one can send an SMS to a number (advertised prominently) and soon enough one will get a message about the arrival of next bus. In short, ICT can help resolve many basic problems of urban life.

In this regard, we have launched a new framework called Mobile Governance Applications to facilitate government-citizen interface through smart phones. All applications on B1 and K1 can now be accessed by using smart phones. This apart, Karnataka is the only state in the country to have two operating data centres in Khanij Bhawan (mining department) and Vikas Sauda (state assembly). From revenue to food supply, a total of 36 applications run on the State Data Centre (SDC).

With regard to Aadhaar, Karnataka is at the forefront of this pioneering exercise. So far, we have completed 95 per cent coverage of Aadhaar in 2 districts (viz., Tumkur and Mysore). Given Karnataka’s advantage in banking penetration (home to 6 major nationalised banks), we can easily create millions of new bank accounts to facilitate the implementation of direct benefit transfer (DBT) scheme. Even before the launch of DBT, Karnataka Government has made an arrangement with Indian Oil Corporation (IOC) to dispense LPG gas using Aadhaar numbers in Mysore and Tumkur districts. Although, no independent assessment has been done yet, IOC’s own assessment is that by using Aadhaar numbers, it has able to reduce of leakages (around 4 per cent) in Mysore alone.

Even before the launch of Direct Transfer scheme, Karnataka Govt has made an arrangement with Indian Oil Corporation (IOC) to dispense LPG gas using Aadhaar numbers in Mysore and Tumkur districts. Although, no independent assessment has been done yet, IOC’s own assessment is that by using Aadhaar numbers, it has able to reduce of leakages (around 4 per cent) in Mysore alone

There are now 15 other districts which have joined the race for Aadhaar registration. To provide further boost to Aadhaar, the State Cabinet has made it compulsory to have Aadhaar card to avail services. So far, citizens have responded very positively and cooperation from concerned departments is on excellent note. Further, to identify duplicate and bogus persons, a system called the Karnataka Resident Data Hub (KRDH) has been developed with the partnership of four major private firms to match the databases of various departments.

Finally, if we are able to promote e-governance in a big way by uploading all essential information in the public domain, the Right to Information (RTI) would become redundant. E-procurement and all technical and financial bids are now uploaded on the website and the state is promoting transparency and fairness in every possible way.

My personal motto, however, is that until and unless we meet the aspirations, demands and needs of last man in the queue, e-governance has not completed its task. So the journey has just begun. 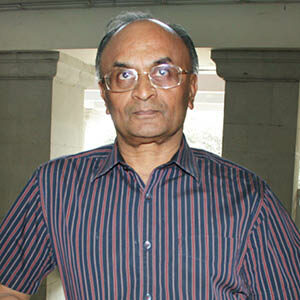