Liberalisation saw entry of foreign players into many of the sectors bringing in not only capital but also technology initially aimed at domestic consumption and for exports in some cases as the markets matured and offered clear benefits of competition. Automobile, aviation and telecommunication are sectors that clearly stand out for the changes that they brought in to our economy. In the process, they also faced with macro-economic and policy/regulatory turbulence from time to time. To the overall economy, it is the ability of the markets to bring in competitiveness that has been critical in terms of bringing India on to the global stage in its efforts to thrive in an increasingly globalising world. It is in this context, it would be relevant for us to examine where India stands in terms of its competitiveness and the role of markets in furthering the same.

The recently released data on Global Competitiveness Index ranks India at an overall 59 compared with the peak of 49 during 2009. Being the 11th largest economy sustaining the world’s second largest population, it is critical that India continues to improve upon its overall competitiveness and hence its position in the index contrary to the current situation. The report attributes India’s inability to provide for efficient transportation, effective ICT and energy infrastructure as reasons for the deterioration in its ranking. Once ahead of its emerging peers such as Brazil and South Africa, India is currently trailing them by a good 10 notches. Compared with China, India is a good 30 notches below. Competitiveness index of a country, which also includes the social and environmental sustainability, stands for the ability of the country’s economy to compete with global counterparts in providing its domestic stakeholders with augmented income and improved lifestyle in a more sustainable way. The weaknesses, as identified by the World Economic Forum, would have to be addressed by the policy makers to put India on the path China had progressed in the last three decades to reach the global stage.

Despite significant challenges to improving its competitiveness, the report also claims that India does possess a number of strengths in more advanced and complex drivers of competitiveness such as financial markets, business innovation, etc. With sophisticated financial markets (21st in ranking among 144 nations) that can channel capital to good use, through reasonably sophisticated businesses (40th) which are also innovative (41st), the report calls for the best use of financial markets to further growth while at the same time making up for its downgrade due to infrastructural bottlenecks and to reverse the trend in its global competitiveness. The metamorphosis of the erstwhile Monopolies and Restrictive Trade Practices Commission in to Competition Commission (MRTPC) is quite reflective of India’s commitment to competitive markets as the way forward in taking off to the global stage.

Not going by the survey (of the participant’s opinion) method followed by the WEF competitiveness report, one could clearly see that there is a mismatch between what the firms in financial markets need and what is available. Thanks to the lack of competition, India’s financial markets are heavy on equities and light on the debts compared with other matured markets and emerging markets. The table clearly indicates that Indian capital markets have a long way to go in terms of making the growth story inclusive and widen domestic participation.

Sustainability of the startups and their growth ambitions could be served well by the availability of liquid and transparent markets in SME, venture capital, debt instruments and equities which effectively intermediates capital between the providers and the users of capital. As an enterprise moves along its business cycle, the local and global economic cycle and the interest rate cycle in the underlying economic ecosystem would affect its growth and development. Depending on their level of maturity, existence of effectively intermediated capital markets would enable them to raise equity or debt to nurture their growth through an optimal debt-equity ratio through public or private market. However, the lack of well-developed public equity and debt markets has led to stunted growth in most mid-level firms. As the relatively underdeveloped market is aiding raising of capital by only large companies through private or public equity or debt markets. Focus of the markets in the past remained more on augmenting the existing ecosystem of investors using the similar set of products rather than creating markets for new instruments that could effectively leave the cost of capital to the risks faced by it, focusing on the unreached. Additionally, thanks to the policy efforts to nurture capital needs of the SME segment, the SME platforms are currently operational. Experiences of mature markets abroad suggest that it takes inclusive markets with innovative products in public and private market meeting varied needs of businesses to connect to the real economy and provide its benefits to the providers and users of capital and consumer at large based on an cost-effective enterprise.

Sustainability of the startups and their growth ambitions could be served well by the availability of liquid and transparent markets in SME, venture capital, debt instruments and equities which effectively intermediates capital between the providers and the users of capital

The telecommunications sector is a clear case in point wherein liberalisation of the sector led to increasing entry of sophisticated private players into the market resulting in augmented tele-density besides delivering the benefits of growth to the bottom of the pyramid and creating various economic activities highly dependent on the telecom network of global scale. Entry of newer technology and growth in the cellular segment helped India achieve what it could not achieve under the public sector monopoly regime. The telecom sector during the post-liberalisation era not only provided for affordability and increased adoption but could also sustain its growth.

Growth in the telecom sector was clearly visible when pricing was left to the sustainability of telecom firms unlike the earlier regulatory attempt. In addition, it also led to various innovative products by the telecom firms, which provided for its increasing penetration. Reports also estimated that the telecom sector is also the third largest FDI source for the Indian economy. Aviation is another sector in point. Liberalisation and the increasing competition among the airline operations have provided for a litany of attendant benefits that flowed into the economy and its stakeholders. It clearly enabled more than 65 million passengers to reach their destination on time during 2012 at a much cheaper cost than that of the pre-liberalisation era, which in turn acted as a multiplier of economic activity around the airlines industry.

All sectors in the economy need cost-effective capital, just in time and in desired size and types to ensure that we have fuel to promote competitors and resultant benefits. To achieve this, it is essential that there exists competitive capital markets that enable them to raise funds as per their needs in a most cost-effective way and manage their funds with maximum possible value to their investors. In addition, as enablers of fund raising, markets should provide access to innovative products that meet the needs of various issuers and investors to serve the policy aspirations of inclusive growth of financial markets. Availability of new financial products and new public and private markets would attract more investors and promote fund raising through transparent market platforms. It would stimulate economic activity and hence growth. 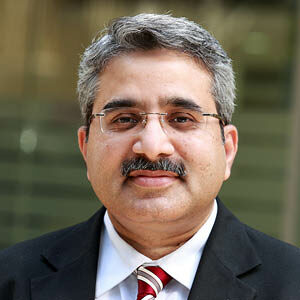 PPP is Essential for Urban Development