The Sub- Group on the ‘Legal Framework for Women’ under the Working Group on Women’s Agency and Empowerment for the 12th Five Year plan had highlighted that “gender based violence and discrimination against women continue to be a pervasive feature of our society. The unequal economic, social, and political status and position of women, which is an outcome of patriarchy and the deeply entrenched socio cultural stereotypes about women, are also perpetrated by laws, regulations, and policies which do not sufficiently address the subordinate status of women.”Social transformation and gender justice in both the public and the private sphere requires the commitment of the Government to act at multiple levels for women to reach the constitutional goals promised in the Fundamental Rights Chapter of our Constitution. This Chapter promises the Right to Equality for all citizens and prohibits discrimination on various grounds including on the ground of sex in Article 15. Article 15 promotes the notion of not merely formal equality but substantive equality by allowing the State to make special laws for women, for instance through reservation in parliament and in jobs, to allow them to overcome the systemic discrimination against them. Equal employment opportunities are also guaranteed under Article 16. Article 21 of the Constitution which protects the right to life and personal liberty takes within its purview, according to the Supreme Court, the right to live with dignity for all women. India has also ratified the Convention on the Elimination of all forms of Discrimination Against Women and thus undertaken to eliminate discrimination against women and “embody the principle of equality of men and women… through appropriate legislation…and to ensure, through law and other appropriate means, the practical realisation of the principle.”1 India’s ratification of the Convention on the Rights of Children also means that the government has undertaken to provide nutritional and other survival rights for children including the girl child. However, these rights for girls and women, who are the most discriminated against due to the additional factor of gender bias, still remain unfulfilled.

India is still a nascent democracy and obsolete and outdated laws which promote inequality still exist in various areas. For instance, in certain states like UP, Punjab and Haryana, J&K, and Himachal Pradesh land reform and ceiling acts which do not recognise women as equal inheritors still exist. A Hindu woman’s self acquired property devolves on her in-laws in the absence of her children and husband and not on her own parents while women are not recognised as equal heirs under Muslim personal law. A provision which punishes a man with imprisonment for committing adultery with a married woman is another outdated provision. Violence within marriage, e.g., rape, is still exempt from punishment in India though it is an offence in most developed countries of the world. Inadequate laws or the absence of laws in certain critical areas of discrimination or violence is also a matter of concern. The lack of laws in certain spheres in which the daughter faces discrimination means that she is not recognised as an equal human being. The lack of laws to deal with certain types of violence also reveals that certain forms of violence against girls and women do not get recognised and punished. Since inequality engenders violence and violence engenders further inequality both need to be urgently addressed. The Indian Penal Code (IPC) which was formulated in 1860 does not reflect certain offences against women as was highlighted by the Justice Verma Committee report, which suggested a comprehensive definition of rape and insertion of hitherto unrecognised offences like stalking. For more than twenty years now women’s organisations and the National Commission for Women (NCW) have been suggesting a complete overhaul of the provisions relating to rape and sexual assault in the IPC but it was only after the gang rape of a 23-year old girl in Delhi that the Government decided to take quick action. Though a number of legislations have been passed by the Indian State to ostensibly end discrimination against women and to prosecute and punish those who commit violence against them glaring loopholes still exist.

India is still a nascent democracy and obsolete and outdated laws, which promote inequality still exist in various areas. For instance, in certain states like UP, Punjab and Haryana, J&K, and Himachal Pradesh land reform and ceiling Acts which do not recognise women as equal inheritors still exist

However enactment of law, though necessary as a first step to both address violence against women and to give substantive equality rights to them, is not enough. Law has to be implemented and enforced by the Government to ensure that women have access to justice and that perpetrators of violence do not act with impunity.2 The recent incident of gangrape and murder of the 23-year old ‘braveheart’ and the protests that followed this incident underscored the dismal state of law enforcement in our country and the insecurity and danger faced by women on the streets, in the neighbourhood or in their homes. An issue of great importance that was raised was the lack of freedom of movement that girls and women enjoyed on our streets. Girls also protested about the fact that instead of changing the mindset of the rapist they are constantly targeted and their right to choose what they wear and whom they have a relationship with is sought to be curtailed.

In the last few years we have witnessed a rising graph of crime against women and there has been a 31.02 per cent increase in crime against women over five years. However, criminal laws continue to be more honoured in the breach than in the observance. It is widely acknowledged that the police refuse to register cases and refuse to investigate them properly. The prosecution of these cases in court also leaves much to be desired. Corruption, inefficiency and gender bias amongst members of the police force are multiple factors which are reported in several cases in which ordinary women are involved. Many courts also deal with most of the criminal and civil cases in a lackadaisical manner and it takes women years to get justice in several cases. Instances of bias and corruption in the court system are also being increasingly reported. These highlight the need for extensive reforms in the police system and for judicial reform to make them more responsive and sensitive to women’s issues. The fact that the implementation of the laws is so appalling is one reason why a number of women’s organisations and others have demanded accountability from the police and suggested punishment if certain Standard Operating Procedures are not followed and evidence is not collected.

In the last few years we have witnessed a rising graph of crime against women and there has been a 31.02 per cent increase in crime against women over five years. However, criminal laws continue to be more honoured in the breach than in the observance

Civil laws also need to be enforced by State actors and the enforcement of policies and laws need to be monitored to ensure that State functionaries are aware of these and are acting in tandem with them. Studies have shown that some land revenue officials and ‘Patwaris’ continue to register land only in the name of male heirs despite the law. A recent Supreme Court judgment highlighted the fact that the PCPNDT Act to stop sex selection was not being implemented as, amongst other violations, no proper record of sale of ultrasound machines was being maintained and the Authorities under the Act were not monitoring the clinics to ensure that they acted as per the rules.

Further, victims and survivors of violence need services and support from the police and health and legal aid providers and a shelter for at least a short term stay. These also need to be followed up by longer term health, legal, educational and economic support.3 Thus, setting up of an adequate number of shelter homes and crisis centers in each district and an efficient national helpline for women in distress is a priority. Apart from this a well thought out scheme for rehabilitation of victims of violence which can provide immediate financial relief for medical and other purposes should be put in place in every State. Several countries including our neighbouring countries like Bangladesh have formulated such schemes. The necessary infrastructure envisaged by the different acts like the Dowry Prohibition Act and the Act against Domestic Violence needs to be put in place. For all this, of course, an appropriate budgetary allocation of much more than the present 6.5 per cent for women is required.

Finally, an anti-discrimination framework which outlines all the areas in which women should have equal rights needs to be framed and enforced by the State. The recent Justice Verma Committee Report shows the way forward by recommending that the government should frame a Bill of rights which will guarantee substantive equality in different areas of concern for women. 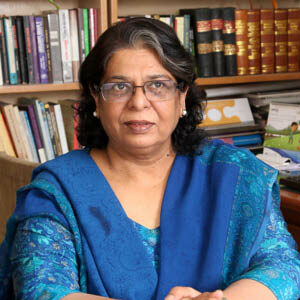 A Revolution in Healthcare is Waiting to Happen