Even though India’s growth performance is much better than most developing countries, there has been a deceleration in growth in recent years which is a major concern. After three successive years of 9+ per cent growth from 2005 to 2008, we seem to have taken things for granted. We thought that growth would happen automatically. But, unfortunately, since 2008-09, growth has been around 6-7 per cent. There has been substantial fiscal expansion for the loan waiver, pay commission recommendations and the Mahatma Gandhi National Rural Employment Guarantee Scheme (MGNREGS). Of course, these “stimuli” came before the Great Recession. It helped growth to pick up to 8.4 per cent in the next two years but much of this growth has been fiscal expansion-led. The problem with this type of growth is that it sows the seeds of deceleration. Much of the fiscal expansion that took place was consumption-type, not investment-type, and much of the expansion is irreversible. This means that we have created a permanent structural fiscal problem.

There has also been a very sharp decline in the savings and investment ratios in the economy. The savings rate fell from 36.8 per cent in 2007-08 to 30.4 per cent in 2011-12 and the investment rate declined from 38.1 per cent to 34.7 per cent. Financial savings of the household sector actually declined from 11.6 per cent to less than 8 per cent during the same period. Public savings was the major culprit, which fell very sharply by almost 4½ percentage points during this period.

Investments have fallen for a variety of reasons. One, the high fiscal deficit did not allow interest rates to come down. The high interest rates led to a host of other problems like shrinking savings. There are, of course, infrastructure bottlenecks because public spending on infrastructure decelerated during this period. These problems simply multiplied the effect of the global crisis (the financial crisis following the Lehman collapse spreading to the real sectors of the economy and the Eurozone crisis) on the Indian economy.

The Planning Commission targeted 8 per cent growth during the 12th Plan period. But in the first two years the growth has been between 6 and 7 per cent. This implies that for the remaining three years the average growth rate has to be more than 9 per cent. The question is: how are we going to really do it? Is it possible and will the existing fiscal situation permit it? What is the art of the possible?

In this situation, to revive growth, we need to look at the growth drivers. The first thing is to control the fiscal deficit. There are major challenges here on account of the substantial allocation of almost `250 billion to be made for food security and universalising healthcare. This burden basically implies that there has to be much greater effort at improving the tax-GDP ratio. The ratio has fallen sharply at the central level from 12.5 per cent to just about 8 per cent. The ratio cannot be improved by increasing tax rates. What we really need is to focus on tax administration (something which has to be done outside the budget), mining professional data from the tax information network (TIN), interaction between the tax information from excise and TIN, and expanding the tax base.

Growth in the first two years of the 12th Plan has been below the targeted 8 per cent for the entire plan period. This implies that for the remaining three years the average growth rate has to be more than 9 per cent

Another thing that can be done is to reduce the threshold for excise duties. The prevailing threshold is Rs 15 million, which can be reduced to at least Rs10 million. This is likely to generate additional revenue to the tune of approximately Rs 60 billion, which will also help in the transition to the Goods and Services Tax (GST). There are a number of items in the excise chapters which have a 6 per cent rate. These can be taken up to the 12 per cent category.

Similarly, public investment in infrastructure will have to be augmented. For that we need a good inventory of the land that we have, monetise the land value and then put it to use for infrastructure, in particular the railways, which is crying out for investment.

There are, of course, governance issues. The Cabinet Committee on Investments must fast-track clearances, especially of large projects. There is also a deep felt-need for coordination. For example, problems in the power sector are blamed on the coal sector; the coal sector lays the blame on the railways; and the railways holds the environment ministry responsible.

In the medium to long term, issues relating to land acquisition and labour laws need to be addressed if we want the manufacturing sector to pick up. 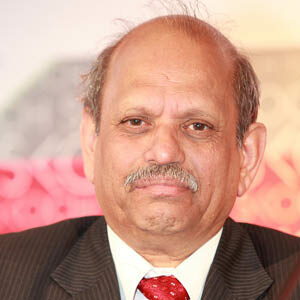