Financial inclusion is bit like the discovery of America. The Native Americans knew all along that the land existed. The Europeans discovered America. In India, it is not the case that millions of people have been living without access to credit or other financial services. They already have these services but at a very high cost, in ways that are distinctly different from how someone in the city accesses formal finance. So, financial inclusion is actually for the formal financial sector to extend its reach to the so-called excluded.

The expansion of the gold lending industry is a clear sign of the intense demand for finance and credit in areas where banks have yet to reach.

I recently tried to find out the extent of non-formal credit in this country. There are no clear, accepted figures. Finance industry professionals say that it is roughly 50 per cent of formal bank lending. Who knows? In India, bank lending as a proportion of GDP is about 50 per cent. In China, bank credit is 150 per cent of GDP. The ratio is more than 200 per cent in Europe and the US, and 340 per cent in Japan, according to World Bank figures. So, it is inconceivable, in my opinion, that in a country with a culture that is accustomed to credit, actual credit, formal plus informal, is just some 75 per cent of GDP. Our actual informal lending must be several times higher than it is estimated to be.

Obtuse, unimaginative regulation prevents the reach of formal finance to the informal sector. Microfinance was working fine, till Reserve Bank of India (RBI) regulations and political opportunists got into the act. The sector virtually collapsed. Gradually, it is finding its feet again. A major differentiating factor is the cost of personnel. The cost of staff for a public sector bank is the highest in this country. Regional Rural Banks (RRBs) were set up with lower cost structures but it changed with them managing to secure pay structures at par with PSU banks.

What is possible is mobile banking. It conflates two ways of banking. One is using the phone to access the Internet for banking purposes. But a more practical and relevant application of mobile banking is to use it as a portable electronic vault, which can be remotely charged. The RBI restricted this. Most of the restrictions may have been removed, but some still remain. Why not remove them fully? The RBI is scared that if it allows a mobile phone company to use the payments mechanism on phones without too many curbs, it would get into credit, diluting the RBI’s control on credit norms. Valid fear! In that case, why not give a formal banking licence to a joint venture between a fully secure, prudentially operating, capitalised public sector bank and a mobile phone company? Only mobile phone companies know how to make big money from millions and millions of tiny transactions.

Dealers who sell prepaid coupons or cards can serve as the equivalent to banking correspondents. They know their customer well and can take informed decisions as to whom they can give credit to. Being private sector, they also know how to recover it. What is the harm in trying this? It is possible to design sound regulatory mechanisms while allowing the technological capabilities of modern telecom systems to be fully deployed in the service of financial inclusion. Only regulatory obtuseness and unwillingness to innovate stand in the way of achieving this goal.

I attended a workshop on evaluating the MGNREGA experience in Karnataka. Using MGNREGA funds, people are hiring JCB excavators to do earthwork. They just needed to show a sufficient number of beneficiaries. They were real beneficiaries, not synthetic persons. They would give them Rs 20 per head and pocket the remaining Rs 100 or divert it towards the JCB rental. These people were happy to get Rs 20 in addition to whatever other income they had. They did not think of demanding the full Rs 120 a day for getting their names on the muster roll. This is because they were politically disempowered. Unless targeted beneficiaries have the minimum social and political power to ensure they can secure the rights they have been granted, those rights will not devolve to these people.

If the government doesn’t implement financial inclusion in the formal sector, people will be trapped in the informal sector even more aggressively. We have seen SEBI action against Sahara. Why does Sahara exist in the first place? Why is there a para-banking industry? It is because the formal financial system has not expanded to cover those areas where other private operators have made inroads.

Today, in this country, 50,000 MW of power generation capacity is lying idle because there is no fuel – either coal or gas. Once the optimum capacity is utilised, we will be in a position to supply power to rural areas during the day. This will lead to phenomenal changes as several agro-based industries will come up in these areas, which will create employment opportunities. This will also offer farmers better prices for their produce. Once incomes improve and livelihood linkages come in, banking follows.

India is on the cusp of a very fast, inclusive growth. 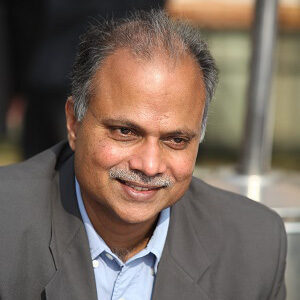 Financial Innovations That Never Were