Jignesh Shah, promoter of Financial Technologies group, is a believer of parables, and likes to retell the fables with great passion. One story he narrates belongs to Aesop’s Fables. It is about the miser who used to hide his gold at the foot of a tree in his garden and go and dig it up and gloat over his gains. A robber, who noticed this, went and dug up the gold and decamped with it. When the miser next came to gloat over his treasures, he found nothing but the empty hole. He raised such an outcry that all his neighbours came around him, and he told them how he used to come and visit his gold. “Did you ever take any of it out?” asked one of them. “Nay,” said he, “I only came to look at it.” “Then come again and look at the hole,” said a neighbour; “it will do you just as much good.” The moral of the story is that wealth unused might as well not exist.

“Wealth creation is its own function, and should be left to itself undisturbed,” says Shah. The stopping of this process is a big blunder, as the moral of the story tells us. However, he cautions, in the modern setting, this function can’t operate without adequate hedging. “Hedging, in turn, would work only when the markets are deep, wide and liquid.”

“Being hedgable is being predictable,” as Shah would have it. He says that the biggest risk in any sphere of economic activity is price volatility. “That’s the reason why I am a firm believer in hedging. It is elementary to business, period.”

Then you hear the stock market genius in him speaking. “The human capacity to build wealth – more importantly, making wealth creation inclusive to society – can be best unlocked when it is tapped into markets.” That’s the reason why deregulation, not just of currency markets but also of rules about banking and investment, are important to India.

As if to underline the point, Shah, who is famous for his one-liners, avers: “Money never decides the product; what it really buys is the perfection.” Of course, you can’t argue with this proposition. Private equity, venture capital and angel funds will invest in companies only if they are confident of an exit route, which can be made easy by formal platforms like exchanges.

A decade ago, few in Indian financial markets had heard of Shah – a man who blazed new trails and unsettled rivals with fresh thinking, unconventional ways and hawk-eye to spot opportunities in the rather secluded world of financial market platforms. His entry was unusual: it began with Financial Technologies India Limited (FTIL), a software company that Shah founded in 1995 after he quit his job at the Bombay Stock Exchange (BSE).

Within a short span, FTIL went on to become the leading technology solutions provider in the country’s stock market space. Today, the company boasts 80 per cent market share in the technology platform domain. However, history was made with FTIL’s foray into the market itself, not as a technology provider but as an operator of a full-fledged bourse, called the Multi Commodity Exchange (MCX).

“We got a government license for operating MCX in 2002. At that time, there were doubts raised in media about whether a technology firm would be able to run a commodity exchange and create the relevant ecosystem surrounding it. We got the license and the rest is history.” He continues, “We competed against established names like BSE. Now you could imagine the odds we were up against. Within nine months of our application we won the right to operate what eventually became MCX we went live. We are proud of this feat. The icing on the cake came three years later, when we attained the leadership position in that space.” “What’s more, the trade and other stakeholders were able to get a grip on price volatility in commodities.”

Having introduced exchange-traded commodity futures in India with the launch of MCX in 2003, Shah will take the next giant step by February 2013. This is when his company will open an equity trading platform through MCX Stock Exchange Limited (MCX-SX). The equity segment is the largest and most lucrative segment of the Indian exchanges landscape. MCX-SX’s entry into equities is going to be a defining moment for Shah.

Until now, MCX-SX could deal only in currency futures and volumes — estimated to be around Rs 140 billion daily. Soon the exchange will be able to trade in equities, equity futures and options (F&Os), interest rate futures, and debt instruments. That’s a watershed moment for both FTIL and Shah personally, as he was at loggerheads with the market regulator to win its approval to roll out new products on the MCX-SX platform.

“Of course, from now on, MCX-SX will test our mettle even further. But then, just look at our impeccable record,” Shah says, adding that his faith in innovation, coupled with deep understanding of the market architecture and its ecosystem, will take FTIL to success yet again.

The license for MCX-SX came after nearly four years of pursuance with SEBI. “Getting the permission to operate MCX-SX was never easy. But we had our moment of truth. What finally settled the case was our domain experience and neutrality stamp,” he says, referring to the Supreme Court order favouring FTIL after he took the market regulator to court for denial of a license.

“Being hedgable is being predictable. The biggest risk in any sphere of economic activity is price volatility. That’s the reason why I am a firm believer in hedging. It is elementary to business, period.”

The entry of MCX-SX in new asset classes means greater competition for the incumbents — market leader NSE (National Stock Exchange) and Bombay Stock Exchange (BSE). This development has the potential of threatening NSE’s virtual monopoly, which enjoys an estimated market share of more than 75 per cent in the derivatives segment and about 68 per cent in the cash equities segment.

“The essence of competition is about how you bring value to the business that benefits numerous stakeholders,” says Shah, calling the inauguration of MCX-SX an example of competition being welcomed in the capital markets space. “It’s a triumph for the Indian markets, and will help it achieve scalability,” he adds.

It is expected that the new exchange, MCX-SX, will offer its investors an array of choice in products and services tailor-made to their risk profile. But to what extent this new exchange will be allowed to trade new products on its platform is yet to be seen. The formidable challenge for MCX-SX would be beating NSE in the equity numbers game. This is going to be an arduous task, as NSE enjoys market leadership and has the backing of leading institutions.

But that is not the question that daunts Shah, whose watchword is constant and disruptive innovation. He once said in an interview that in the financial world there is nothing like old and new, everything evolves. “Look at the top banks in the world a decade ago and now; there’s a major change in the line-up of top banks,” he had remarked. He holds fast the belief in constant change and innovation. The prerequisite to success, he says, is how responsive any company is to the requirements of the market and whether it is able to offer what investors and customers need and find useful. India is on a high growth trajectory, and the demand for a wide range of instruments and products is just a given, he says.

Despite competition from pedigreed institutions in each of the segments — commodity, currency, electricity and information services — FTIL entered these domains over the past decade, and it was a story of success begets success. In this period, Shah has built an empire of nine exchanges and related ventures in warehousing, information management and electronic payments, with combined revenues of Rs 8.3 billion and estimated profits of Rs 2.6 billion.

The 45-year-old electronics engineer from Mumbai University is a self-made man, whose entry into the stock market arena was noteworthy because of his domain expertise in technology solutions. He was one of the key players for BSE’s Project BOLT (Bombay Online Trading System), an ambitious project of the 1980s. In the industry he is known as the ‘technology scientist’, as he was one of the pioneers who brought technology alive to India’s stock market system. “Markets have to be designed to cater to local needs. This is where technologies can play a major role,” he says.

“Being an IT firm that specialises in capital market solutions, our group understands the technology part really well and will try and bring in some best technologies from around the world. My firm belief is that technology is a great enabler, as in every other sphere, in the stock market arena, too. Technology creates both the architecture and the ecosystem for businesses to excel,” he maintains.

“Getting the permission to operate MCX-SX was never easy. But we had our moment of truth. What finally settled the case was our domain experience and neutrality stamp.”

That explains why FTIL has assiduously built, along with companies that deal in the exchange and technology business, what the company website calls ecosystem ventures. These ecosystem ventures are National Bulk Handling Corporation, Atom Technologies, TickerPlant and FT Knowledge Management Company.

As the Aesop’s Fable Shah likes to retell shows, to build on wealth is the test for brave men. Jignesh Shah’s heart is in the right place — not only brave in building new companies, but also brave in deepening against odds and achieving success. 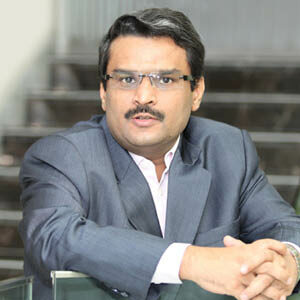