India faces two major challenges in its food management system – one is supply-side issues, including risk and variability of food production, and the other is the issue of access to quality food by everyone at every time (defined as food security). In the face of unabated population growth, food production has been highly fluctuating over the decades (Figure 1, compiled by the author). The incremental production/supply of home grown food in the 2010s reached 28 million tons of foodgrain, which is equal to the 1980s’ level. In contrast, the same was 44 million tons in the 2000s. Can such variable production feed 182 million new consumers, in addition to satisfying the food needs of the existing billion plus population? Or will it lead to unsustainable food production and growing food insecurity?

Rice is the most important staple food in India. This single crop occupies the highest area, covering 45 million hectares having produced 95 million tons of rice in 2010 (second to China). At the global level, rice is the staple food for more than half the world’s population and around 2 billion people in Asia rely on it for 60 to 70 per cent of their daily calorie intake. Over 90 per cent of present production and consumption of rice occurs in Asia; two-thirds of it in just three countries (China, India and Indonesia). Most of the rice cultivated in Asia is rain-fed (60% in India). Where crop production depends on the vagaries of an erratic monsoon, it leads to endangering household food security.

A back-of-the-envelope calculation shows that in India per capita annual availability of rice reached a low of 64 kg in 2008 (Figure 2, compiled by the author). According to the National Sample Survey Organisation, a standard person requires 84 kg/year, which means India is at least 20 kg short of basic food need. To meet the massive food requirement and reduce this gap, food production has to “more than double” in the next two decades.

The gap is also highly vulnerable to crop failure due to climatic aberrations. India experienced a drastic reduction of nearly 13 million tons in food production due to severe drought in 2009. This situation assumes a greater importance as the states known to be the food bowl of India, particularly Punjab are diversifying cropping patterns in favour of horticulture crops by drastically reducing area under rice and wheat under the pretext of climate change. It will be a Herculean task to meet India’s huge food requirement from a thin world rice trade of 25 million tons. Under these circumstances, can the resource-poor, rain-fed areas compensate the food deficit?

Agriculture in India, Particularly a Rain-Fed Rice Production System, is Characterised by

Rain-fed areas (nearly 60 per cent of total planted area under rice) have ample untapped potential and under-utilised natural resources; thus there is scope for increasing production and bridging the yield gap. The factors inhibiting production need to be identified carefully and the problem addressed with appropriate strategy. Modernising systems to enable increase in production through technological solutions is the second-best solution to household food security.

History provides that the spread of green revolution has been iniquitous and limited to rice and wheat only, and that too in irrigated tracts. Promotion of the green revolution was backed by supportive nation-wide preparation in infrastructure building, high yielding modern varieties, institutional reforms and matching policies on the institutional side. A moot point in the circumstance, why such a supportive strategy would not work in today’s context of stagnating yields and severe ecological crises. Punjab, which contributes significantly to India’s food pool, is now facing serious ecological problems where three-fourths of the 137 blocks of the state confront an acute shortage of groundwater. The state government and Planning Commission are jointly considering ways to wean farmers away from rice to save water, as an ameliorating measure. Sustaining productivity gains in the existing system is not going to come easily even as the government is contemplating shifting emphasis to the eastern region of the country for increased production. Can this “look east type” policy shift be of any help? A carefully charted strategy is needed within a historical perspective of the production system.

It is in this context that what we learn from a long time series analysis of the performance of 571 rice growing districts is precarious, has wide inter-regional and inter-district disparities in rice productivity, particularly skewed towards rain-fed areas where productivity is also persistently low (Figure 3, compiled by the author). Amazingly, the average productivity is less than 2 tons per hectare in as many as two-thirds of India’s rice districts (376 districts), which is less then the national average of 2.2 tons per hectare (Figure 3, compiled by the author). The urgent need today is to prioritise an actionable strategy for productivity enhancement and bridging the yield gap in targeted districts and regions.

It is a point to be noted that the household food security (rather than National Food Security) is more crucial among the small farmers, because most of them including the poor are deprived of food access, technology knowledge empowerment, institutional infrastructure and support. This implies addressing the issues of inter-regional disparities in yield and yield gap at macro as well as micro level planning.

The picture is equally distressing when we look at productivity growth dynamics. Productivity growth reached over 3 per cent in the 1970s and 1980s, but hovered around 1 per cent in the 1990s, and remained unaltered hereafter (Figures 4 and 5, compiled by the author). The year-on-year growth pattern during the past decade is even more disappointing. Production fluctuation has been reducing over the year but reaching level of low growth. The situation gets alarming as the cost of production has increased while productivity has declined.1 As farmers adopt input-intensive modern agricultural technologies, they suffer from several externalities due to indiscriminate use of agro-chemicals and galloping price escalation. As a result, farm income erodes, soil degrades, water levels get stressed and biodiversity gets depleted, making production unsustainable.

On the whole, two important policy signals come out of the above analysis. First, uneven production of rice in the spatio-temporal space signifying regional disparity, and second, despite bumper harvests, inequitable access to food for the people (who deserves it most), endangering the household food security. Persistent poverty and incidence of hunger and malnutrition remain crucial concerns. These indicate direct implications on poverty and nutrition security of the poor. A calculation based on the recent round of NSSO consumption data shows that most of India’s population needs food security coverage (nearly 720 million).

The Food and Agriculture Organisation (FAO) of the United Nations has proposed an interesting alternative that needs to be considered as part of the policy options. They suggest: (i) identifying the high food-stress regions and districts across the country, and (ii) a composite index of “spread of agriculture”, “agricultural (cereal) productivity”, “irrigation intensity”, “presence of agricultural markets” and “social practices” that influence local-area food production and markets.

The most debated National Food Security bill focuses on issues of measuring food need and on identifying the number of people below poverty line at the state level. In order to bring unanimity in using acceptable measuring tools, it is essential to identify a flexible set of variables that predicts their impact on a household’s expenditure. Using appropriate statistical models, an extended index of livelihood may be calculated by assigning scores, which is unique to each household, but differ according to the socio-economic and environmental characteristics of a region, state or district. Such indices could be used to identify the target households.

Thus a win-win solution for food security of billion plus population is to integrate both the supply-side and demand-side requirements in the advancement of agro-ecological innovation systems. 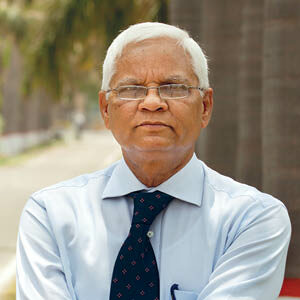 Chidambaram on A View from Inside