Deprecated: wp_make_content_images_responsive is deprecated since version 5.5.0! Use wp_filter_content_tags() instead. in /var/www/html/inclusion.in/public_html/wp-includes/functions.php on line 5083


Notice: Trying to access array offset on value of type bool in /var/www/html/inclusion.in/public_html/wp-content/themes/inclusion/single.php on line 35

Notice: Trying to get property 'name' of non-object in /var/www/html/inclusion.in/public_html/wp-content/themes/inclusion/single.php on line 35

In end of April 2020, SKOCH Group conducted a national level multi-institutional survey of MSMEs in India in collaboration with Federation of Indian Micro, Small and Medium Enterprises (FISME); Bhartiya Vitta Salahkar Samiti and Tax Law Educare Society (TALES) to bring out felt needs of the MSMEs from a government rescue package.

At the end of May 2020, we conducted the second survey to understand the response of MSMEs to the announcements made under the “Atmanirbhar Bharat Package” as well as the announcements by the Reserve Bank of India.

On the overall Atmanirbhar Package cutting across all sectors, 32% respondents found it useful, 44% did not and 24% were ‘Can’t say’. The sense is that people have not been able to fully comprehend the package and perhaps it should have been explained in simpler terms and publicized more. The fact that the details of most proposals were to follow later did not help and respondents were vary of the possible fine-print.

The RBI proposal of a further three month moratorium on all term loans was better understood but fell short of expectations of MSMEs. 43% found it useful but only 18% found the three month extension to be sufficient. 32% would need another six months, 36% need another year and 14% need two years extension on moratorium.

On MSME specific announcements by the Finance Minister, only 29% MSMEs found them to be useful, 43% did not find them useful and 28% were undecided.

47% MSMEs felt that they cannot use the facility of equity infusion being introduced through a Fund of Fund scheme, 40% could not say perhaps for lack of clarity and 13% felt that this could be useful for them.

The response to Rs 3 lakh crore of collateral free loan scheme was better at 38% finding it useful. By the time the survey was being conducted the relevant circulars, eligibility and implementation details were not widely available. 36% did not find it useful and 26% were ‘Can’t say’.

A good number – 27% could not say if the 20,000 crore subordinate debt would be useful for them. 59% felt that they could not avail this scheme and only 14% felt that it will be useful.

Overall sense is that the package was difficult to understand and not addressing the felt-needs that MSMEs have and therefore the mood overall is grim.

The most immediate challenges remain paying salaries, vendor bills and other fixed expenses. This was the felt need voiced even in April 2020 survey but has not been addressed by the Atmanirbhar package that has been announced.

An overwhelming 86% were in favour of getting a DBT from the government rather than a plethora of schemes and proposals. This number in April 2020 was also quite high at 89%. Respondents who ‘Can’t say’ are constant in both the months at 7%. Quite a few analysts and economists too have favored a direct benefit transfer like was done for Jan Dhan Accounts for MSMEs to take care of immediate expenses that can not be met due to the loss of income.

RBI has extended the moratorium on term loans by another three months, i.e., August 2020 and also converted the interest payable to a term loan to be cleared by 31 March 2021. This is found to be insufficient. 76% respondents feel that this should be extended by 18-24 months. In April 2020, 90% respondents wanted this.

MSMEs feel that a longer moratorium window announced in one go will help plan for revival instead of such announcements being made quarterly with the Monetary Policy.

Moratorium should be interest free

62% want this moratorium period to be without any interest. This is about the same as 63% who wanted interest free moratorium in April 2020. 36% want to pay simple interest and only 2% of the respondents are agreeable to a compound interest.

A higher credit limit is required

These delays are resulting in working capital going awry and 70% of the respondents require a doubling of the limit. 15% ‘Can’t say’ if they need such an enhancement. In April 2020, 79% wanted the limit to be doubled. Under Atmanirbhar Package, some respite has been given to accounts that were fully utilised as on 29 February 2019. No such respite has been made available to requirements after this date.

Cash flow lending should be introduced

U K Sinha Committee report of RBI had recommended a second window to TReDS for invoice based, collateral free finance for the seller. This idea has now been discussed for a long time and repeatedly demanded as an urgent measure by MSMEs. 70% of respondents in May 2020 again asked for this facility. 11% were ‘Can’t say’.

The volume on TReDS system has gone down substantially post-COVID and the number of buyers registered on it remains low.

88% want government payments to be made urgently. As per Mr Nitin Gadkari, Hon’ble Minister for MSMEs, nearly Rs 5 lakh crore is outstanding with the government in unpaid MSME bills. The situation with state governments is even worse.

90% MSME respondents want immediate refund of income tax and GST that is due from the government. There has been some respite in GST refunds but Income Tax still remains a big problem.

Most of them report bank unwilling to provide facility as a reason.

Each sectoral ministry should announce a MSME package

67% say that this is required. However, the perception gap is that while MSMEs want a sector wise financial rescue package for MSMEs in that particular sector, the ministries are offering to promote their sectors to MSMEs through subsidies etc. In this time of emergency, this may be complete sub-optimal utilisation of resources.

One electronic platform for relief

MSMEs want one common electronic platform similar to Aadhaar Bridge that could be used to identify, benefit transfer and monitor relief to MSMEs by various ministries. This is very similar to how various ministries use Aadhaar bridge and banking system to directly transfer benefits. 92% MSMEs want this. While the technical capability exists and the matter has been discussed for a very long time, the implementation stays on the back burner.

59% respondents feel that their business cannot survive without government help. This is down from 77% in April 2020. Overall Atmanirbhar Bharat package has a role to play in this improvement as it is showing the government sincerity to help.

There seems to be a big gap between the felt-needs of MSMEs and the policy action proposed. This needs to be bridged to avoid massive job and livelihood losses. In this context, we repeat the same recommendations that were made in April 2020 as still valid 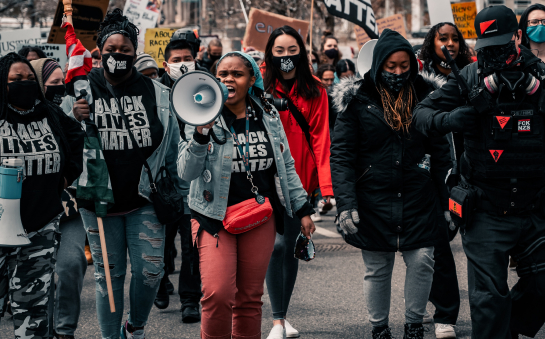 The health of any society can be judged in terms of how well its most..

Connect with
Login
I allow to create an account
When you login first time using a Social Login button, we collect your account public profile information shared by Social Login provider, based on your privacy settings. We also get your email address to automatically create an account for you in our website. Once your account is created, you'll be logged-in to this account.
DisagreeAgree

I allow to create an account
When you login first time using a Social Login button, we collect your account public profile information shared by Social Login provider, based on your privacy settings. We also get your email address to automatically create an account for you in our website. Once your account is created, you'll be logged-in to this account.
DisagreeAgree