With such a huge asset base and practically no debt, LIC is undoubtedly a market leader and the most trusted institution that has served the people for decades. We have to think out-of-the-box to maintain our position as a market leader in the future, says V K Sharma 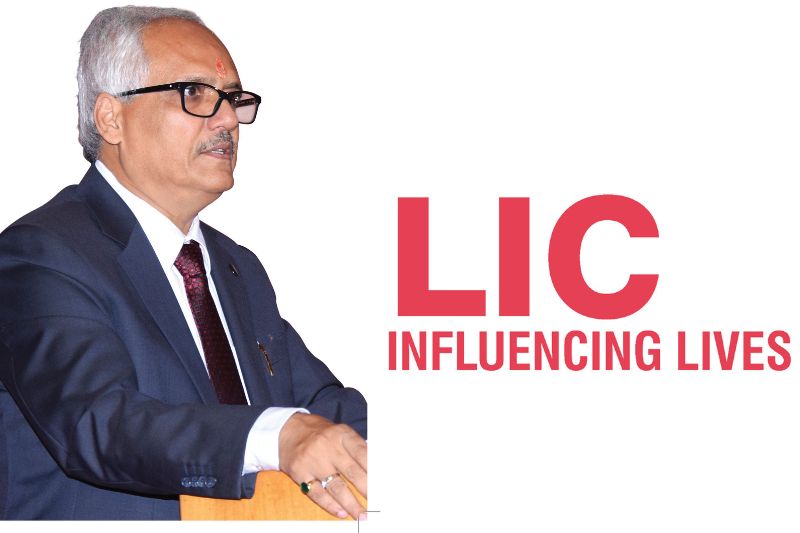 Life Insurance Corporation (LIC) is the largest financial institution in the country with over Rs 25 lakh crore in assets, which is over 15 per cent of India’s GDP of Rs 134 lakh crore. With around Rs 40,000 crore profit, last fiscal, LIC is the most profitable entity in the country, next only to the RBI, which transferred Rs 66,000 crore of its surplus profit to the government in the past fiscal. It served over 25 crore customers—nearly onefifth of India. It is also a most wellknow household name in the country and is one of the biggest in the financial market.

During the first half of FY2016-17, the life insurance industry reported a 20 per cent growth in overall annual premium equivalent (APE) with the help of both private players and the LIC. The Indian insurance sector is set to achieve significant growth in the coming years. Lower levels of penetration, a favourable demography, initiatives like the Pradhan Mantri Jan Dhan Yojana (PMJDY), rising financial literacy and increasing domestic savings as a result of rising per capita incomes are expected to support the growth of the insurance sector.

Right from its inception in 1956, LIC has been led by many visionary leaders that made it the number one institution, which has never seen the down-side. Not only because of the huge customer base and deep penetration into the Indian society but also because it is becoming participative and influencing the life of everyone in one way or another.

On an average every fifth Indian happens to be an LIC customer. The times have changed faster than expected, LIC has been able to adapt to each change, biggest being the adoption and adaption of Information and Communication Technologies (ICTs). Despite the fact that we have been in business for nearly seven decades, LIC is extremely agile and has responded well to economic upheavels while continuously enhancing the quality of service.

Prime Minister Narendra Modi has introduced three important changes in the life insurnace sector. First, is the “demographic outreach”; second, the “economic reforms”; and, third, “digitalisation”. Pertaining to demography, the introduction of PMJDY has dispelled the notion that insurance is difficult to reach the small customers. By launching PMJDY and enrolling seven crore people not only in banking but simultaneously capturing them for life insurance as well as health insurance is an achievement of NDA government within a short span of time. Pradhan Mantri Jeevan Jyoti Bima Yojana (PMJJBY) is aiming to reach all sections across the diverse population of India. A country of 1.3 billion people has less than 10 per cent of its citizens insured. It also means that each uninsured death extinguishes an asset without indemnification. Imagine a situation wherein each Indian is insured – it would be a game-changer.

Given the current global economic turmoil and the push given to the insurance sector by the government is a clear indiation to the insurance players worldwide to look at India opportunity. The credit goes to the bold economic reforms initiated by Prime Minister Modi, which has instilled a sense of confidence in insurance sector that for the next 10 years it will be for India, for the Indian economy and for Indian people.

In LIC, the infusion of technology began more than a decade ago and it holds the distinction of being an early user of information technology by having undergone a paradigm shift from manual system to adopting Electronic Data Management System – EDMS. EDMS helped convert more than 35 crore policy dockets into digital documents worldwide before it was implemented at LIC.

One of the novel experiments carried out by LIC fifteen years ago in Andhra Pradesh was by linking life insurance with their ration cards, since in Andhra Pradesh the ration cards are totally computerised along with the photographs, it was easy to commence one mass insurance programme, i.e., Aam Aadmi Bima Yojana (AABY). This insurance programme was totally digital linking Village Samakhaya to Mandal Samakhaya and to the district level. The claims were settled digitally and paid right at the village level. This was the most successful experience in the past. It has paved the way for the introduction of “e-Life Insurance” system in India, which is where the future lies.

Harnessing newer technologies like Artificial Intelligence (AI) will drive the business in the future. It will also improve the labour productivity and increase consumer demand resulting from AI-enabled product enhancements.

The Indian insurance market is a huge business opportunity waiting to be harnessed. India currently accounts for less than 1.5 per cent of the world’s total insurance premium, and about 2 per cent of the world’s life insurance premiums, despite being the second most populous nation. The country is the fifteenth largest insurance market in the world in terms of premium volume and has the potential to grow exponentially in the coming years.