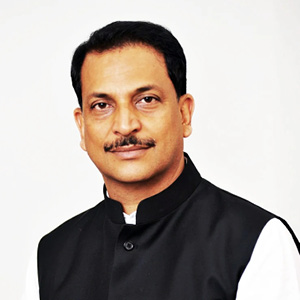 Rajiv Pratap Rudy of BJP defeated Lalu Prasad Yadav's wife Rabri Devi in the 2014 elections and became the MP of Saran constituency in Bihar. He was the Union Minister of State, Commerce and Industry in the BJP-led NDA government under Atal Bihari Vajpayee and the Minister of State (Independent Charge) for Skill Development and Entrepreneurship in Narendra Modi's government but was later dropped in a cabinet reshuffle in 2017. He was elected in the Lok Sabha for three terms and is presently serving as the MP of Saran. In December 2018 he was appointed as a BJP national spokesperson by party president Amit Shah.