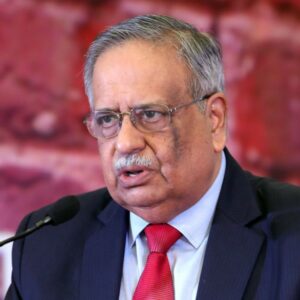 Meleveetil Damodaran is a business executive and former government official, presently Advisor and Chief Representative in India for the ING Group of Netherlands. He served as the Chairman of the Securities and Exchange Board of India (SEBI), India's financial markets regulator, from February, 2005 to February, 2008. Prior to this, he served Head of IDBI, a development finance institution which he converted to a bank. He was also Chairman of Unit Trust of India, then India's largest mutual fund from July, 2001 to December, 2004. He belongs to the Indian Administrative Service, Manipur-Tripura cadre, which is the administrative civil service of the Government of India, and served as Joint Secretary of the Banking Division of the Indian Ministry of Finance for five years. He is also a Senior Advisor at Albright Stonebridge Group.