I remember meeting Narendra Modi first time when I was CAG in 2009. Normally CAG goes to states, part of the protocol is that you call on the Governor as well as the Chief Minister. So, I requested for an appointment with the Chief Minister too.

I would say, not too many people want to meet or interact with CAG. The CAG somehow has become a bad word in the last few years. But the Gujarat Chief Minister turned out to be an exception and asked for 20-minutes one-on-one with CAG.

That made me quite worried. Normally, it is the other party, which worries when the CAG calls on him. It was, I must say a very productive meeting because he was a good listener and whatever one had to say somewhere it was going into the memory. The ink had not dried on the paper; I got a response to my letter sent to him following the protocol after getting back to headquarters after my visit to Gujarat.

I got a positive response saying that yes, you have made some points. We will look into these. The normal belief is that the CAG’s job is to find faults and if he has found faults, he has done his job well. So, ignore and carry on. But, I saw a distinct departure from that lax convention in Gujarat, having Modi as the Chief Minister.

But when you read the books/reports on Gujarat – see and hear stories those are emanating out of Gujarat, what strikes you first? That, a babu like me, which happens to be an integral part of the government machinery, can deliver and deliver better.

All that is required is a focused leader, who gives you space and also empowers you. So the overtly celebrated ‘policy paralysis’ is a bogie – a total alibi for non-performance. I say this with conviction because bureaucracy remains the same everywhere in India – leadership matters most and that differentiates the performance levels.

“The overtly celebrated ‘policy paralysis’ is a bogie – a total alibi for non-performance. I say this with conviction because bureaucracy remains the same everywhere in India – leadership matters most and that differentiates the performance levels”

Even today, the senior echelons of bureaucracy are selected through a process, which is absolutely objective. They are all educated and trained at the best of institutions. There is no reason why they should not be able to deliver.

Long term economic growth, whatever and wherever it may be – cannot be sustainable over a long period of time unless it is encapsulated, nurtured or incubated in good governance. The success story of Gujarat is a shining example of how a better governed system could bring widespread turnaround.

It has been witnessed that whichever sector went through changes, there was a body, a system and an administration willing to incubate it and provide it with all the support for it to become sustainable. This is what economists, including Manmohan Singh had called ‘unleashing of animal spirits’, where entrepreneurial skills, innovation are allowed to flourish.

Private sector in India is very resilient and innovative. There is no lack of initiatives among the private enterprises. The only thing it requires is a matching physical infrastructure and it is only the government that can create this. Several models of development exist – PPP or joint ventures – but ultimately the government has to take the lead.

Innovations matter and Gujarat has proved it over and over again; creation of the outer ring road in Surat is an apt example how government can mobilise and utilise its resources for the public welfare. The Surat ring road is constructed with the revenue generated by auctioning a government plot. We have a remarkable example in Delhi too. The earnings from the plot sold to a hotelier in Chanakyapuri financed the development of new Moti Bagh area and that’s exactly what is happening in East Kidwai Nagar.

These encouraging examples confirm that much could be done with clarity in policy planning and co-ordination amongst different stakeholders. The challenges of equitable growth could be coped with such proactive governance, where the social and financial inclusion would be prioritised in all the cases.

Similar ideas may be floating in other states as well, but to my mind, what has made a difference in Gujarat is entrepreneurship. Best, there was somebody to hold hand with a friendly and forward-looking administration.

India has its strengths in democracy. The vibrant democracy that we practice has been able to give us growth and equity. Even though we have come a long way since independence, the challenges of equitable growth still persist. Policy framing and execution will remain the key. Gujarat has shown the brighter side of governance, which can easily be emulated with necessary customisation to improve governance and effective removal of stumbling blocks. 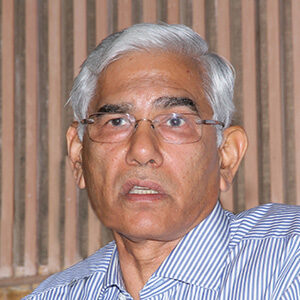 Vinod Rai is former Comptroller and Auditor General of India