Corruption has now become the critical constraint in India meeting its tryst with destiny. Evidence from studies conducted by academia and policy institutions and news reports reveal a sorry picture of corruption, bribery and embezzlement where those holding public office have been utilising the power of the state for personal benefit. Despite all this, there is little documented evidence that meets with standard academic rigour. That is but natural given the illegality of such transactions. But casual empirics, available on a grand scale, combined with personal experiences of most Indians are evidence enough – corruption has taken over.

Throughout history, states and rulers have grappled with this problem in many different ways. Some would have succeeded, leading to long periods of fairly stable and prosperous regimes. If history tells us anything, it is simply this – corruption always lurks around, but when the State becomes weak and rulers get careless, it takes over, destroying both the rulers and the State.

In recent times most debates on corruption have focused on corruption itself, and its inherent unfairness and unethical nature. But that’s only one part of the problem. Corruption rarely works alone. It goes hand in hand with inefficiency, wastage, neglect, laziness and sloth. Consider Kautilya’s working definition of embezzlement (which in the Arthashastra is the closest to what we understand as corruption today):

“A government officer, not caring to know the information…and neglecting to supervise the despatch of work in his own department as regulated, may occasion loss of revenue to the government owing to his ignorance, or owing to his idleness when he is too weak to endure the trouble of activity, or due to inadvertence in perceiving…, or by being timid when he is afraid of clamour, unrighteousness, and untoward results, or owing to selfish desire when he is favourably disposed towards those who are desirous to achieve their own selfish ends, or by cruelty…, or by making use of false balance, false measures, and false calculation owing to greediness….”

And then laments the impossibility of the situation

“….Just as fish moving under water cannot possibly be found out either as drinking or not drinking water, so government servants employed in the government work cannot be found out….”

Note that for Kautilya corruption includes idleness, inadvertence, timidity, loyalty, lack of action, anything that leads to inefficiency and loss of revenue for the state – these are issues to be concerned about, and will in most cases be closely associated with corruption. Inefficiency and corruption go hand in hand; while corruption creates an environment that incentivises inefficient actions on the one hand, inefficiencies and wastage increase the incentive for corrupt behaviour on the other. Though getting rid of one may not eliminate the other, but they are both outcomes of a similar set of underlying forces.

In recent times most debates on corruption have focused on corruption itself, and its inherent unfairness and unethical nature. But that’s only one part of the problem. Corruption rarely works alone. It goes hand in hand with inefficiency, wastage, neglect, laziness and sloth

Many mistakenly believe that the problem originates due to lack of laws. A strong State is not necessarily a State with numerous laws. If anything, the opposite is the case. There is a famous quote attributed to Gaius Cornelius Tacitus (56-117 CE). “And now bills were passed, not only for national objects but for individual cases, and laws were most numerous when the commonwealth was most corrupt.” In simpler form, this is often quoted as, “The more corrupt the state, the more laws.” A strong State does not require more laws. It requires fewer laws that are better enforced.

Yet others consider the lack of accountability, poor technology, over-discretion, lack of competitive forces to be the key causes behind corruption and inefficiency, but perhaps just as often, their opposites are also the causes of corrupt practices. Accountable leaders have been known to share with their electorate the benefits of corrupt practices when organs of the State have failed to meet their requirements; competitive forces in certain environments forced businesses to compete for government favours rather than compete in the marketplace; technology sometimes increases the ability of a few to extract rents from those that they can favour; lack of discretion sometimes forces honest officers to award contracts to those they know to be poor choices; and decentralisation without countervailing forces often shifts corruption from one part of the State to another. Once corruption is understood, its foundations figured out and its mechanisms deciphered, it is possible to address most forms of corruption simply and effectively. Ad-hoc approaches, or those driven more by emotion rather than a systematic understanding, may succeed in reducing corruption, but at a very high cost to the economy and society.

Only one entity has the power to approve, but hundreds of stages have been created, each of which have the power to delay or stop the movement of a file

Corruption rules over with a stranglehold in every aspect of the Indian State and consequently in all aspects of life of Indian citizens. Across various tiers of government, across ministries and departments, across legislative, executive and judicial functions, across public, quasi-public and publicly owned enterprises, corruption and bribery have become a common language, a universally recognised medium of interaction and transaction between the citizens and the government. And the parasite has eaten into the edifice of the State. Lower level bureaucracy and police thrive on bribes and baksheesh, higher level on grease money and scams. The lower level shares some of the rewards with its superiors to allow them to continue; the superiors share with the politicians; who in turn share with small time street leaders, media and even the electorate. The State withers away and in many parts of India, what is left of the State, it appears, is only held together due to corruption and a sophisticated system of sharing the spoils. Needless to say, there are a few who do not directly indulge in such behaviour. But survival instincts make them look the other way; those who do not are either eased into non-descript positions or hounded and pursued by a system that depends upon their acquiescence.

An oft used “formula” for corruption goes something like this: Corruption = (Monopoly + Discretion) – Accountability. Though attractive, there are many nuances that need to be appreciated. Consider discretion, roughly defined as the power to judge what is to receive priority.2

Reducing discretion is a simple enough proposition and many examples can be given to underscore the core argument. But in the argument’s simplicity also lies its flaws. One, as any government requires discretion in order to govern, some discretion will always be required to be assigned – the issue is therefore not so much of reducing discretion, but by how much and to what extent. Two, who should be assigned discretion – higher orders of the bureaucracy or the lower ones? It is not always the case that higher levels in the hierarchy are necessarily to be assigned higher levels of discretion. To illustrate, the President of India has limited discretion and certainly lower than that possessed by the Prime Minister. The Prime Minister has a greater level of accountability to the citizens and consequently is assigned greater discretionary powers. Accountability and discretion therefore go hand in hand. In case discretion has to be assigned to lower bureaucracies, accountability also needs to be introduced in the equation, governing their actions. And three, what are the forms of discretion? Discretion may simply be over the power to veto or delay, or it may be over the power to approve and sanction, or it may be both.

The Indian State has managed to divide up discretion into many small pieces. Take, for instance, file movement in Jharkhand for which we have some data, though other states are no different. Only one entity has the power to approve, but hundreds of stages have been created, each of which have the power to delay or stop the movement of a file. For the sanction of a plan that has costs of more than Rs 50 million, a file goes through 240 stages. Over two hundred stages concern processing (120 stages at the clerical level and another 120 stages when the file is sent back). For plans that need to be cleared by the Cabinet, a draft preparation requires 31 stages. It then passes through the Assistant Engineer and Deputy Engineer and arrives before the Chief Engineer, where it passes through 25 stages. After obtaining the Chief Engineer’s sanction, the file goes to the Secretary, where it passes through 10 stages. It is then passed on to the Authorising Committee, where it goes through 34 stages. Once the Authorising Committee has given its approval, the file goes to the Cabinet through the concerned Minister, the Finance Minister, the Chief Secretary and the Chief Minister. Twenty stages are involved in this link of the chain. (Prabhat Khabar, 15 November 2004.)

For the sanction of a plan that has costs of more than Rs 50 million, a file goes through 240 stages. Over two hundred stages concern processing

Put all three points together and the issue is not merely to reduce discretion but – whom to assign what form of discretion and to what extent. Hence the answer lies in the following 4 tenets:

Whether through a Lokpal, or without it, it is possible to implement the above four tenets by India’s polity. Indeed, other countries have done it – USA, UK, Germany, etc. almost all developed countries were known for widespread corruption at some point in the past, just like in India today. They all won the battle against endemic corruption because their polity took active interest in ensuring that integrity, honesty and efficiency reign. But the polity in Rome did not. 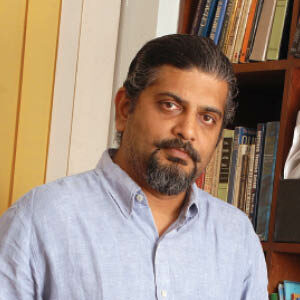 From a Right to Schooling to a Right to Learning: Rethinking Education Finance